• The US reports intense and widespread influenza activity.

• Canada reports almost half of infections in the province of Quebec.

• Spain and the UK are reporting the highest numbers of influenza cases in several years.

During the week ending Dec. 20, 125 influenza outbreaks were reported in seven provinces in Canada, 94 of them in longterm care facilities. National public health officials reported that influenza cases have mostly occurred in the provinces of Alberta, Ontario, and Quebec. Increasing influenza activity has been reported in Newfoundland and Labrador, and in Saskatchewan. Furthermore, health officials in Quebec announced Dec. 18 that the influenza season had started earlier than expected and will likely be more intense than in previous years. Quebec reported 1,238 new infections, out of 2,740 total for all of Canada, during the week ending Dec. 20.

The most common strain this season is the influenza A(H3N2) virus, accounting for more than 95 percent of reported US cases. Unfortunately, most of the infections have been caused by an A(H3N2) strain that is slightly different from the one in this season’s vaccine, which may compromise its effectiveness. Still, vaccination is highly recommended, even if a person has already had the flu this season. The most updated vaccine effectiveness studies will be available from the CDC in mid-to-late January. Patient visits and hospitalizations are almost at same level as the peak of the 2012-13 season, the most recent A(H3N2)-predominant season, but higher than the 2013-2014 season, which was an A(H1N1)- predominant season. This matches historical trends, in which A(H3N2) strains typically cause more severe influenza seasons than A(H1N1) strains. The CDC predicts that pneumonia- or influenza-related deaths will increase again before the season is over.

In both the US and Canada, numerous hospitals have implemented restricted visitor policies to reduce the number of people capable of spreading influenza in a healthcare setting.

Mexico, on the other hand, reported a 42-percent decrease in influenza cases as compared to the same period in the 2013-2014 season, as of the last week in December. In Mexico, the dominant strain is A(H3N2).

For the first week in 2015, the European Centre for Disease Prevention and Control (ECDC) reported medium-to-low influenza activity. More countries have started reporting an increase in activity compared to the previous week. The ECDC also reported that 11 of the 13 countries whose data was received have influenza A(H3N2) as the dominant strain.

Although many countries report to this agency, there is a delay in data availability; some countries have more updated information on their own disease surveillance websites.

England reported 74 outbreaks during first week in 2015, mostly in care homes. The most recent major influenza season in the UK occurred in winter 2010-2011. Although the current outbreak has not reached those levels, rates so far are higher than the latest three seasons. Health authorities have stated that approximately half of reported cases are A(H3N2), infections, but it is unclear which strain will dominate this season.

In Spain, health officials have reported a marked increase of patients in emergency rooms with influenza-like symptoms.

Some hospitals in Galicia (Hospital do Salnes in Galicia), Madrid (Hospital Universitario de Fuenlabrada), and Toledo (Hospital Virgen de la Salud) have reported considerable disruptions in their ability to care for patients in a timely manner.

Several health institutions have been asking patients only to go to the hospital if it is really an emergency, and to try to visit their primary care physicians instead. Health officials report Asturias and Galicia have widespread activity. Madrid is experiencing localized activity only, though at its highest levels in three years.

Seasonal influenza viruses generally cause mild-to-moderate illnesses, but can be severe and even life-threatening in individuals with certain underlying health conditions. Influenza is not the same as a cold. Symptoms of influenza include cough, sore throat, runny or stuffy nose, muscle and body aches, headaches, and fatigue; in some cases, influenza also causes fever, vomiting, and diarrhea. Most individuals recover from an influenza infection in a few days, and most infections resolve within two weeks. However, some cases can develop complications such as pneumonia, bronchitis, and sinus or ear infections. Some of these complications can be life-threatening, especially in individuals with certain health conditions.

Influenza is primarily spread by droplets released when infected individuals cough, sneeze, or speak. Other susceptible individuals can then breathe in these droplets and become infected. Less often, individuals can contract influenza by touching a surface or object containing the influenza virus and then touching their own mouth, eyes, or nose. Individuals with influenza are contagious for a period beginning one day before the onset of symptoms and five-seven days after symptoms begin. This means that it is possible to transmit influenza to others before the patient realizes he is sick.

Like all respiratory diseases, individuals can reduce their risk of influenza infection by taking strict respiratory hygiene precautions: washing hands regularly and avoiding large crowds or apparently sick individuals. However, because influenza can be spread before symptoms are apparent, these measures are only partially effective. Even though the 2014-2015 season vaccine may be less effective than in previous years, all individuals – unless medically contraindicated – should be vaccinated. These immunizations – which are available in either inactivated or live attenuated versions and can be delivered intramuscularly, intradermally, or nasally – protect against influenza infection within 2-3 weeks of immunization. Experts reformulate the seasonal influenza vaccine every year to account for changes in the influenza viruses active in the community, and the effectiveness of the influenza vaccine depends on how well-matched the vaccine is to active influenza viruses.

Influenza does not need to reach pandemic status to affect business continuity; seasonal influenza accounts for USD billions per year in economic losses in the US alone. The most useful resource for a company to minimize potential losses is a thorough business continuity plan. Disruptions should be expected not only in internal sectors, but also in immediate and local infrastructure. In the case of an influenza or other type of pandemic, these preparations are crucial. One of the key functions of the iJET Integrated Intelligence Operations is to provide clients with resources and design and tailor pandemic planning to their particular needs.

Originally published on Tuesday, March 31, 2015
315 views at time of republishing 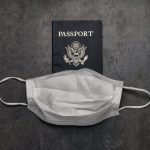 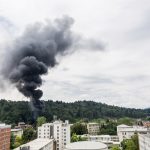