On Monday, U.S. diplomatic installations across the Middle East reopened in the wake of a precautionary lockdown; two weeks ago, U.S. intelligence learned of a possible attack via communications between two high-ranking al-Qaeda officials. The embassy in Yemen remains closed, however, with a terror watch still in place for that nation.

With the geopolitical situation in the Middle East evolving rapidly, risk managers and security specialists must reevaluate the threats and important considerations that affect employees who travel abroad. In Egypt, with a secular military in control for the moment, the tide seems to be shifting against radical Islam. However, the security situation in Iraq worsens on a weekly basis, and terrorists appear to be finding more and more safe havens in Yemen.

As a risk manager or security specialist, you cannot rely upon local law enforcement in foreign countries—especially nations in or around the Middle East—to protect your employees from bombing incidents. You must implement training programs to ensure all personnel traveling abroad have advanced situational awareness skills: make sure everyone stays in Condition Yellow at all times, even when inside a supposedly secure facility or accompanied by armed contractors.

We recommend implementing an Anti-terrorism Awareness Month similar to the U.S. Army program of the same name, although your initiative will likely prove more effective if you increase training frequency to a quarterly or even semi-monthly event. Here are some training aids to get you started on building a terrorism awareness program that fits your organization:

Originally published on Tuesday, August 13, 2013
669 views at time of republishing 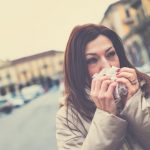 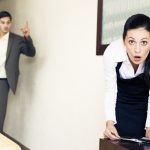