Reputational Risk in the Modern Era

Reputational Risk in the Modern Era

According to a recent study from Deloitte, reputational risk and fallout from bad public relations are now considered the top risk mitigation priorities for large companies. While many senior executives say they are making progress on strategic risk management issues, the broad spectrum of companies polled reported that reputational risk concerns have risen from third most important to first in just three years.

The oil and gas industry ranked reputational risk as eleventh on its list of concerns in 2010. After the Macondo well blowout in the Gulf that same year, which resulted in approximately $40 billion in damages, fines, and court awards against BP, the industry now considers reputational risk over the environment to be its number one priority.

Any contracting or service firm working on a high profile project is under the microscope for safety and construction best practices. Before 1980, there were seven major accounting firms in the U.S. One of these firms was driven out of business due to bad publicity coupled with lawsuits. The firm could have survived the suits, but most of its major clients dropped the firm after the public relations debacle. The financial crisis of 2008 severely damaged the reputation of a major insurance company; two icons of the banking and financial services industry were forced to liquidate/merge. All were a result of bad financial press, which emphasized business mistakes.

The speed of social media in spreading both fact and rumor makes it that much tougher for companies to manage the public relations fallout of a catastrophic event. Also, negative comments are stored digitally and often publically, leading to prolonged public relations effects. While social media makes it easier for corporations to identify and reach potential clients,  it also increases the likelihood that an employee’s gaff will cause a major headache for the company, which in some cases leads to lawsuits. Problems can occur when a senior executive posts something inappropriate on his/her Twitter or Facebook account, or even just sends a poorly-worded email. Finally, the inappropriate use of client data for prospecting potential clients could entail additional liability for the firm, always with the potential for reputational damage.

Speaking of data mining, cyber attacks and system-hacking seriously damage the trust factor of the company. From personal information (leading to identity theft and the resulting requirement to notify the affected parties as soon as possible) to business models that rely on internet-based systems to generate income, these electronic invasions can become instant public relations debacles.

How do you protect your firm’s reputation? Solid risk management procedures, a top-down culture of safety and integrity, consistent hiring practices, and risk management oversight are critical factors. Insurance is one solution to mitigating the fallout from a bad “situation,” but an ounce of prevention is worth a ton of cure in the information age. The primary driver of protection to a firm’s reputation lies with management, staff, and the IT department.

Scott serves as the face and guiding force of Pathfinder LL&amp;D Insurance Group. He leads strategic discussions, liaisons with our major insurance partners, and leads our sales team. He specializes in complex business risks, foreign exposures, professional liability, and executive insurance coverage. After graduating from Trinity University in 1978, Scott began his career in sales. He received a Commercial Insurance Counselor designation in 1987. He served as President of the Independent Insurance Agents of Houston from 2006-2007, and currently represents the IIAT as an advocate for responsible insurance legislation in Washington D.C. He also serves on the board of Preferred Bank. Scott is very active in our industry. He has served on numerous advisory committees, including board positions, for both local and national insurance companies. He regularly meets with television and radio reporters to give an expert opinion on developments in the industry, especially those that affect people who live and work in Texas. Despite his dedication to Pathfinder, Scott will take every opportunity to spend time with his family at his ranch in Fayetteville, Texas. 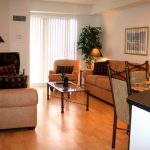 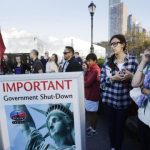