How the Government Shutdown is Affecting Hospitality and Travel

How the Government Shutdown is Affecting Hospitality and Travel

As the shutdown of the U.S. government continues, some three thousand furloughed Federal Aviation Administration (FAA) safety inspectors will remain off-duty until the situation changes. Most air traffic controllers are working without paychecks and essential support personnel. This means airlines are currently regulating themselves in terms of safety standards, a scenario described by Mike Perrone of Professional Aviation Safety Specialists as “like driving on the highway when you know there are no police out there.” However, Delta Airlines CEO Richard H. Anderson reports that “we haven’t see any changes in travel demand at all. Travel demand is strong all over the world at the moment.”

The National Institutes of Health and the Center for Disease Control have reduced operations to a very limited role. The CDC has been unable to effectively investigate the new MERS virus from the Middle East, and was forced to recall thirty furloughed workers after a salmonella outbreak in eighteen states caused hundreds to fall ill. Most investigators at the Food and Drug Administration have also been furloughed, reducing the FDA’s capacity to inspect imported foodstuffs and help handle outbreaks of foodborne illness.

The shutdown will also affect hotel business.  “For each day the government is shutdown, more than $8 million in economic activity at our nation’s hotels will be lost, putting jobs at risk and causing repercussions across many other related sectors,” says Katherine Lugar, president and CEO of the American Hotel & Lodging Association. 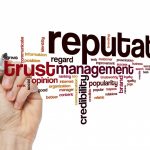