Sixth Circuit Finds All Anti-retaliation Provisions are not Created Equal, but they are Legal Landmines

Sixth Circuit Finds All Anti-retaliation Provisions are not Created Equal, but they are Legal Landmines

Generally speaking, employment-related retaliation laws prohibit employers from taking adverse actions against employees who engage in protected conduct, like complaining about discrimination or harassment, or for participating in a governmental investigation.

Sexton v. Panel Processing, Inc. is a recent Sixth Circuit case addressing ERISA’s anti-retaliation provision that highlights this point and proves that all anti-retaliation provisions are not created equal. Our sister blog, the Employer Benefits Report recently published a detailed analysis of this case, which is available here. Although Sexton held that a plain reading of the statute excludes unsolicited employee complaints, that decision is in conflict with other circuits. This disagreement among the federal courts on the meaning of ERISA’s anti-retaliatory provision should serve as a caution to employers to be very careful about actions they may take against an employee who has lodged a workplace complaint.

Sara counsels businesses on labor and employment issues, and defends employment-related claims before administrative agencies and in federal and state courts. Her relevant experience includes litigating cases regarding restrictive covenants; trade secrets; and employment issues, including those brought under the ADA, ADEA, COBRA, ERISA, FLSA, FMLA, OWBPA, Sections 1981 and 1983, SOX, Title VII, WARN, as well as discrimination, retaliation, whistleblower, and other employment-related and comparable state law claims. In line with her employment work, she created the Employer Law Forecast, a first of its kind micro website that presents businesses labor and employment issues on a prospective basis so they can prepare for seasonable workplace issues. She also has experience representing employers, consumer reporting agencies, and information furnishers against claims brought under the FCRA regarding background check procedures. Sara regularly advises clients on social media, cyber smearing, workplace privacy, and the management, extraction, and authentication of electronically-stored information, including social media evidence. Sara has written numerous blogs and presented numerous seminars on these issues, and she has been featured on NBC 4, LexBlogTV numerous times, in Columbus Business First, and in various other media publications for her work in this area. 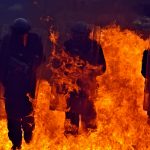 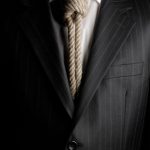