Families save hard-earned dollars looking forward to an upcoming vacation or get-away. Our basic demands are few but fundamental. The experience must be safe and it must be fun. One individual’s unhappiness can often be remedied with an apology, a promise to make improvements, or a complimentary amenity. However, constant national news coverage reporting on hundreds of ill cruise ship passengers represents a hemorrhaging that is not easily stopped.

On January 21, 2014, Royal Caribbean’s Explorer of the Seas departed for what was scheduled to be a 10-day cruise. Within days, passengers and crew developed symptoms of the norovirus. By the time the ship docked in New Jersey eight days later, the whole world knew about the hundreds of sick passengers, ruined honeymoons, inspections by the Centers for Disease Control, and the general public asking whether a cruise ship is a “floating petri dish.”

This story line is not new. The headline over Memorial Day weekend in 2013 was the Carnival Triumph “dead in the water” following an engine room fire during a four-day trip from Texas to Mexico. There, reports of food shortages, raw sewage and tent cities on the deck quickly became the lead story on the national news. After the ship was towed to dry land, passengers were willingly photographed kissing the ground and telling their individual stories of horror. The first lawsuit was filed within hours of the last passenger disembarking, describing the ship as a “floating hell.”

In each case, every action and alleged inaction by the cruise company was under a microscope. In the case of the Explorer of the Seas, passengers were confined to their cabins for days and reports quickly surfaced that there may have been more than 1,000 sick passengers and crew—hundreds more than initially reported. In the case of Triumph, the free alcohol meant to appease passengers reportedly had the opposite effect. And once on land, a chartered bus reportedly broke down and a chartered flight was delayed due to an electrical failure. In both cases, passengers are interviewed on the national news, proudly declaring that they will never step foot on a cruise ship again.

All companies must be zealous about protecting their public image, both before and after a crisis. Crisis management insurance provides companies the financial flexibility to respond appropriately to a public relations issue. A crisis management policy generally obligates the insurer to advance the costs associated with responding to an event such as a man-made disaster or the contamination of foods, beverages or pharmaceutical products. This coverage is available to the insured regardless of fault. A crisis event is should include any occurrence that, in the good faith opinion of the insured, will result in damages if crisis management services are not utilized, as well as where the insured anticipates significant adverse media coverage. Crisis management services are those services performed by a crisis management firm, including advising the insured on how to minimize potential harm, and maintain or restore public confidence in the insured. The policy also covers medical and funeral expenses, psychological counseling, travel and temporary living expenses, expenses to secure the scene, and any other expenses pre-approved by the insurer. The future success of the cruise industry may depend on how quickly the public forgets the fact that the most recent incident may be the largest norovirus outbreak on a cruise ship in two decades.

As with any type of insurance, the scope of crisis management coverage depends on the precise terms of the particular policy. Companies should review their crisis management policies— both when purchasing them and when making claims for coverage.

Finally, keep the following tips in mind to get the most out of your crisis management coverage: 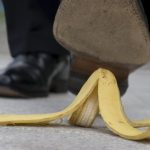 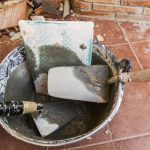