Foreseeing Criminal Activity on Your Premises

Foreseeing Criminal Activity on Your Premises

A guest walks to the front desk of a hotel and reports that his car window has been smashed and his laptop and GPS unit have been stolen.  His car was parked in the hotel parking lot.  The hotel manager calls the local police and reports the crime, and then the guest turns to the manager and asks her to pay for all of his property damage, arguing that it is the business owner’s responsibility to protect against crime on the premises.  How should the manager respond?  Are business owners legally responsible for criminal activity that occurs on their premises?

Whether or not a crime is foreseeable will depend upon several factors, including 1) whether there have been similar crimes on the premises that would put the business owner on notice that these types of crimes have occurred or are occurring; 2) the frequency of crimes on the premises; 3) the time lapse between the last reported crime and the current one; 4) whether any additional security measures where implemented from the time of the prior criminal activity to the new one; and 3) whether the area is known as a high crime area.

Attorneys representing victims of crimes occurring on a business owner’s premises will assuredly contact the police department to identify all criminal activity that has occurred in the past on both the premises at issue as well as the surrounding area.  The victim’s attorney will then likely argue that the business owner was negligent in its security, failed to monitor criminal activity, and failed to protect its customers from crimes.

In response, the business owner will need a strong defense to counter that the crime committed was not foreseeable, and that the security measures in place were adequate.  Although laws vary from state to state, if the business owner can establish that the type of criminal activity that occurred was not foreseeable, then the owner should escape responsibility for injuries and damages resulting from the crime committed.

The bottom line is to remain vigilant with security, do not ignore reported crime on your premises, and contact an attorney in your state if you have questions or require legal advice.

Originally published on Monday, 04 November 2013
1260 views at time of republishing 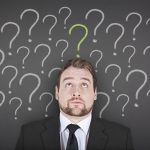 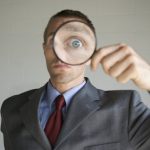