What Came First — Management Discipline or the Employee Complaint?

What Came First — Management Discipline or the Employee Complaint?

You finally have decided to take the long overdue disciplinary action. Just before you do, the employee to be disciplined, possibly sensing what’s about to happen, makes a complaint of harassment. This is the first you’ve heard of this problem. Is the complaint legitimate? What do you do?

Continue with the planned disciplinary action? Put your decision on hold while you investigate? Will it look retaliation if you proceed with the discipline?

Which Issue Came First is Important

In situations such as the one described above, the issue will be which came first – the decision to take disciplinary action or the complaint of harassment.

To further the purpose of protecting employees’ rights, most labor and employment laws have “anti-retaliation” provisions that protect employees’ rights to voice concerns or make good faith complaints about conduct or actions they believe to be inconsistent with legal standards and requirements.

Because these laws protect employees’ rights to raise concerns and take others actions, an employee who raises a concern under one of these laws is deemed to have engaged in “protected activity.”

Retaliation after Engaging in a Protected Activity

Thus, if the employee in the hypothetical above establishes that her employer disciplined her because she complained, her retaliation claim likely will succeed. Adverse employment actions may take the form of discipline, discharge, denial of a promotion, transfer, raise or other benefits, and pay cuts as well other employer actions that may have an adverse effect on the employee who engaged in protected activity.

In many cases, the timing of the adverse employment action usually is the employee’s
best evidence of retaliation.

In August, the employer terminated the employee for excessive absenteeism (adverse employment action). The employee alleges that her termination was in retaliation for herJuly complaints, even though her poor attendance record is irrefutable.

Her theory is that her attendance was not problem for her employer until she made her complaint. She also may be able to bolster her claim with evidence that other employees with comparable attendance records who had not made a complaint were not terminated.

A Rising Number of Retaliation Cases

Retaliation claims are on the rise. In each of the last three years, there were more retaliation charges filed with the EEOC than any other type of charge.

In most cases, the retaliation charge or lawsuit also includes a claim or claims of discrimination, harassment or some other alleged unlawful actions by employer. The charge or complaint may allege that the retaliation occurred in response to the employee’s complaint about the underlying conduct believed to be unlawful.

Even if the employee does not prevail on the underlying claims of unlawful conduct, the employee may still prevail on her retaliation claim if she can show that her employer took the adverse action against her for engaging in protected activity.

To avoid these difficult and hard-to-defend cases, many employers consider employees who have engaged in protected activity to be somewhat “bulletproof” when it comes to taking disciplinary action against them.

In these situations, even before taking a legitimate disciplinary action, prudentemployers will carefully consider whether they can convince the EEOC or a jury or an arbitrator that the disciplinary action had nothing to do with the employee’s exercise ofher protected rights.

Questions You Need to Ask

Issues to consider are what actions the employer has taken in the past under
circumstances such as these:
• Have all employees with the complaining employee’s performanceor
conduct issues been treated the same way?
• Are there established policies and practices that have been violated?
• Is there documentation of disciplinary actions that occurred before the
protected activity?
• Would the planned disciplinary action seem to an outsiderto be the next
logical step considering everything?

If the answer is “yes” to all these questions, the risk of a retaliation is lessened but not eliminated. In close calls, smart employers pull back and wait until next time.

So, what about the employee above who seemingly made a protected complaint inanticipation of disciplinary action? We don’t know without more background facts.

But one way to lessen the risk in situations such as this is to document the decision assoon as it is finalized and before it’s communicated.

The employee’s manager can senda simple email to the Human Resources Department or vice versa informing the recipient of the planned disciplinary action and the timing of same before the manager
meets with the employee.

This simple step should resolve the eternal issue of which came first – as this in this case.

Originally published on Monday, 16 June 2014
872 views at time of republishing 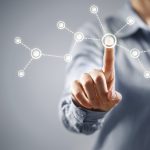 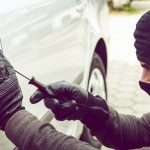