There was a time when cursing at work seemed to be the norm in many businesses.  Whether in a shop, an office, a hospital or other work environment, swearing and cursing can still occur.  One research study out of London published in a 2007 issue of the Leadership and Organization Development Journal suggested that swearing at work can be a good thing, helping boost team spirit and allowing individuals to better express their feelings.  Really?

We often see complaints and lawsuits result from cursing at work.  There have been cases alleging that certain swear words are inherently racist, sexist, or otherwise offensive to individuals belonging to a particular protected class (national origin, religion, etc.).

But generally, lawsuits brought to impose liability for cursing and swearing are not successful unless it can be shown to have some specific unlawful basis for different treatment, such as when the words are directed at specific employees because of their race, sex, religion, etc.

More often than not, if the cursing, swearing individual is shown to be an “equal-opportunity harasser,” cursing and swearing at everyone regardless of any protected-class status, then the law provides no protection from the harsh language.

But in today’s work environment, where there is more diversity and more civility is expected by many, cursing and swearing might backfire.  A recent CareerBuilder survey found that a majority of employers say they think less of an employee who repeatedly curses, and that they would be less likely to promote someone who swears in the office.  Cursing apparently results in the employee being perceived as unprofessional, immature, undisciplined and less intelligent.

Many states have considered passing laws making it illegal to be a workplace “bully” creating an abusive work environment.  Such laws, if passed, could prohibit bullying in the form of verbal abuse, threats, or humiliating, embarrassing, intimidating and aggressive language, including the use of curse words.

Even senior managers can find themselves in trouble for using profanity – especially if it becomes public knowledge.  Yahoo’s CEO was fired in 2011 after sending a number of emails containing profanity.  Prominent politicians have also been criticized for letting their words turn ugly and vulgar.

Forbes Magazine reports that many companies, including Citigroup and JPMorgan, have implemented policies to address swearing by employees at work.  In our view that’s a good trend.  If you’d like help in drafting a new policy on profanity, or to review an existing one, let us know.

C. R. Wright is a partner in the Atlanta office. C.R.'s practice includes advising clients on general labor and employment issues, handling employment-related litigation, and presenting training seminars for managers and supervisors. He also handles OSHA inspections, affirmative action audits, charges of discrimination, and wage and hour investigations. C.R. served as editor-in-chief of the Georgia State Law Review while in law school, and, prior to joining the firm, he worked in Human Resources for Lockheed Corporation. He also was a police officer for seven years with the Cobb County Police Department where he attained the rank of Sergeant. C.R. is "AV" Peer Review Rated by Martindale-Hubbell and has been recognized as a Georgia Super Lawyer. 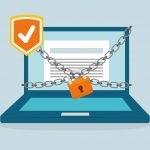 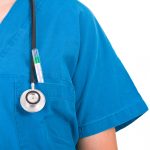