Two summers ago, with the South Texas sun beating down, a group of civic leaders gathered in front of the Whataburger on Main Street in Alice to unveil a bust of the late Joe Andrews Sr. The likeness of Andrews, wearing a cowboy hat and mounted on a limestone pedestal, was commissioned to mark the sixtieth anniversary of the oldest franchise of the iconic Texas burger chain. The ceremony wasn’t mere sentiment at work. For many years the Andrews family has been instrumental to Whataburger’s success. Andrews, a longtime friend of Whataburger founder Harmon Dobson’s, wasn’t simply the company’s first franchisee, he was its most successful, opening dozens of locations in Texas and helping the chain build its reputation. “The Andrews family has been very special to Whataburger through the years,” said Whataburger’s corporate chief, Preston Atkinson, during the ceremony. “We’re honored today to just say . . . how privileged we are to have been in a partnership with you for this long.”

These days, Whataburger doesn’t seem so grateful. Earlier this year, Andrews’s company, now run by his daughter, Kathy Andrews Reese, sued the restaurant chain, claiming that Whataburger had reneged on a 22-year-old agreement between the two companies. In Reese’s telling, the state’s most famous burger joint has become just another greedy corporate entity.

The lawsuit, filed in San Antonio in March, traces the roots of the dispute to the earliest days of the Whataburger chain, which Dobson founded in 1950 after stints in shipbuilding, oil drilling, and diamond trading. When he opened the first stand, on Ayers Street in Corpus Christi, he envisioned selling a burger big enough that it would take two hands to hold it. Dobson even cut a deal with a local bakery to make special-sized buns; the Rainbo bakery had to search the country for a company that could make pans big enough to bake them. The place did well, and soon Dobson added two more locations in Corpus and one in nearby Kingsville. In 1952 Andrews, who lived in Alice, brought his family to eat at the Kingsville branch and was so impressed that he contacted Dobson about buying a franchise. Dobson agreed, and the Alice store opened a year later.

The Alice franchise was a quick success, and over the decades Whataburger and the Andrews family’s company, Whataburger of Alice (WOA), grew in tandem. By 1990 Whataburger had 475 locations across the southern United States; WOA was running more than 30 of them, in Bexar, Bee, Jim Wells, and Webb counties. Andrews developed a close relationship with Dobson; he even coined the company’s popular slogan, “We build a bigger, better burger.”

Today, those oversized burgers and the promise of fresh ingredients generate annual sales of $1.8 billion, making Whataburger the thirty-third-largest restaurant chain in the country—and the second-largest founded and based in Texas, after Chili’s. “Whataburger has been highly successful in a very competitive market,” says Stephen Barth, a professor of law and leadership at the University of Houston’s Conrad N. Hilton College of Hotel and Restaurant Management. He attributes that success to Whataburger’s prudent approach to growth, training, and customer service. “They really caught on early to the adage that pioneers get slaughtered and settlers get the land,” he says. “They weren’t in a hurry to expand, and they rarely if ever expanded outside their comfort zone and their target market.”

In part because of its regional status—of the nearly 800 current Whataburger locations, more than 600 are in Texas—the chain inspires a combination of pride and loyalty among many Texans. Yet despite its success, Whataburger’s history has included some setbacks. Harmon Dobson died in a plane crash in 1967, and his widow, Grace (whose first date with Harmon was at Whataburger #3, in Corpus), ran things until the first outsider, Jim Peterson, took over in the early seventies. By the late eighties the company had begun to lose its way. Insiders still refer to this time in the company’s history as “the dead zone.” Profits fell as the company overreached by opening stores in saturated markets like Las Vegas and adding menu items, like popcorn shrimp salad, that customers didn’t want. Franchisees and the parent company squabbled over products and promotions, and the once familial corporate culture deteriorated into an us-versus-them mentality. Franchisees also sued over a mandatory rebate plan, which WOA claims amounted to forcing vendors to pay “illegal rebates, kickbacks, and bribes” to Whataburger and its executives. As one of the largest franchisees, WOA was hit particularly hard by this arrangement.

In the midst of this turmoil, Andrews, who decades earlier had been given exclusive rights to Bexar, Bee, Jim Wells, and Webb counties, decided in 1990 to sell his San Antonio franchises to an outside buyer, in order to better focus on the South Texas market. But perhaps because his dear friend Harmon Dobson was gone, his personal connection no longer seemed to mean as much as it once did. Whataburger, which saw San Antonio as a key growth market, filed suit to block the sale.

The case went to trial in 1993, but the two sides settled before the jury reached a verdict. Andrews surrendered exclusivity to the San Antonio market and agreed to sell the existing San Antonio stores back to Whataburger. In exchange, his company got renewed assurances of its exclusive rights to develop stores in Bee, Jim Wells, and Webb counties and locked in a royalty rate lower than that assigned to other franchisees. The agreement stipulated that if Andrews’s company identified a location in the three counties that it wanted to develop, Whataburger was obligated to approve the franchise. Other franchisees settled their disputes in a separate agreement as part of Whataburger’s efforts to repair its strained relations with them.

After the settlement, the leadership of both companies changed. The Dobsons’ son, Tom, became Whataburger’s chief executive in 1993. Joe Andrews Sr. died in 1999, and his son, Joe Jr., took over—and then died suddenly three years later while attending a Whataburger conference in New Orleans. His mother, Louise, and his sister, Kathy Reese, ran the business until Louise died, in 2005, leaving Reese in charge. Despite the leadership turmoil, the two companies continued operating under the 1993 agreement for more than twenty years, and tensions seemed to have eased. Under Reese’s leadership, WOA repeatedly won the chain’s annual “best franchise” award.

In 2012, though, Tom Dobson relinquished his CEO duties to Atkinson, a former contractor who started building Whataburger restaurants in 1986 and then joined the company in 1998. (Dobson remains as chairman.) “Whataburger’s affairs were more and more being turned over to the ‘professionals,’ all of whom wanted to participate in what by now had ceased to be a family business and had become simply a large corporate entity,” WOA claims in its lawsuit. One part of this strategy, the lawsuit contends, is to buy out franchisees with an eye toward taking the company public; gaining greater control over its franchise operations could provide greater value to future shareholders. Other publicly traded restaurant companies have made similar moves recently. In June Dallas-based Brinker International, which owns Chili’s and Maggiano’s Little Italy, unveiled a plan to buy franchises to boost earnings.

The University of Houston’s Barth says such changes aren’t unusual in a company that has grown to Whataburger’s size. Non-family executives, without direct ownership interest in a privately held company, sometimes try to profit from a company’s success by heading up a public offering. (Dobson family members also may be ready to cash out.) “There’s no question that Whataburger, if managed properly in the public market, could deliver a significant return,” he says. “It’s not surprising that people might want a bigger piece of that pie.”

For the Andrews family, this shift in corporate culture first became apparent two years ago, when it told the company headquarters, which had moved from Corpus to San Antonio in 2009, that it wanted to open a new store in Laredo. In the past, corporate simply approved such requests, as stipulated under the 1993 settlement. This time, however, it indicated that it wasn’t inclined to do so. According to the lawsuit, Reese met with Atkinson, who told her that despite the agreement, Whataburger didn’t believe it was obligated to approve new sites and that it could veto any sites that the franchisee selected. The company also said it didn’t intend for the 1993 settlement to give WOA exclusive rights or lower royalties. “In short, Whataburger made it very plain that its position is that Whataburger never intended WOA would have the benefits that the 1993 Agreement clearly states that it does,” the lawsuit says.

Whataburger proposed breaking the stalemate by approving the Laredo location only if Reese agreed to relinquish its lower royalty rate and give Whataburger veto power over all site selections, the lawsuit claims. Otherwise, it wouldn’t approve any new sites for WOA. The Andrews family refused and in March filed its suit, asking a judge to order Whataburger to abide by the 1993 agreement. Whataburger dismisses WOA’s allegations, saying the suit “contains serious misstatements and baseless speculation.” (Whataburger and WOA and their attorneys declined to be interviewed for this story.)

When most Whataburger customers walk into the restaurant, they have no idea if the place they are eating at is a franchise or a corporate-owned branch. And as long as they can still get their Green Chile Double Whataburgers or Honey Butter Chicken Biscuits, they probably don’t care. But the rift between the Andrews family and the burger chain they helped build represents a struggle between the past and the present, and between two families who have known each other for a long time. “It’s a little like a public divorce—neither side walks away looking good,” says Michelle Hartmann, a Dallas attorney who specializes in private-company litigation. “It hurts the brand ultimately.”

This is a terrible time to risk messing with the Whataburger brand. The Texas burger landscape is more competitive than ever, thanks to an influx of regional mini-chains such as Austin’s P. Terry’s, the Metroplex’s Twisted Root Burger Co., and Houston’s Becks Prime and smaller national chains such as Smashburger, Five Guys, and Shake Shack. Whataburger is bigger than all of those, and that may be the point. It isn’t a small business anymore, and to keep ahead of the competition, it may have to start acting its size. Its competition is McDonald’s and Wendy’s, not a boutique operation with three locations that offers grass-fed-bison burgers topped with arugula on a gluten-free bun.

But that’s a tough needle to thread for a company that has developed intense customer loyalty because of its down-home, noncorporate image. “The brand really is tied to both of these families,” Hartmann says. Neither Whataburger nor Whataburger of Alice would be what it is today without the other. If they can’t settle their differences, it’s not clear where they’ll be tomorrow. 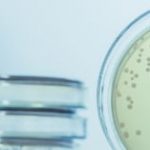 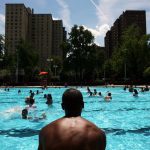