Las Vegas Sands Corp persuaded Nevada’s highest court to throw out a more than $100 million verdict in favor of a Hong Kong businessman for helping Sheldon Adelson’s gaming company enter the fledgling Macau casino market more than a decade ago.

In a decision on Friday, the Nevada Supreme Court found “insufficient evidence” to support a May 2013 jury verdict in favor of Richard Suen and Round Square Co, a company he partially owned, and ordered a new trial on damages.

Suen had sued Las Vegas Sands in 2004, claiming he had arranged meetings in Beijing between Adelson and Chinese officials that helped pave the way for the billionaire’s company to build, finance and operate casinos in Macau.

A jury in Clark County, Nevada awarded $70 million, which grew to more than $100 million with interest and costs.

But the Nevada Supreme Court found that while Las Vegas Sands benefited from Suen’s help, there was only a “tenuous relationship” between that value of that help and the benefits that the company ultimately enjoyed from operating in Macau.

Las Vegas Sands had sought to overturn the verdict, or else limit damages to $1 million.

John O’Malley, a lawyer for Suen, declined to comment.

Las Vegas Sands operates four resorts in Macau, which can be reached in about one hour by ferry from Hong Kong.

In 2010, the court voided a $43.8 million verdict that had been awarded by a different jury two years earlier, citing errors by the trial judge.

Adelson is worth $28.8 billion, making him the world’s 21st-richest person, Forbes magazine said on Monday. 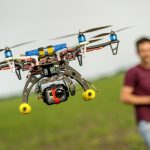 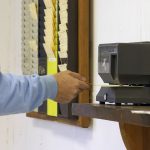