All The World’s A Stage: Legal Factors to Keep in Mind Before Signing a Location Agreement

All The World’s A Stage: Legal Factors to Keep in Mind Before Signing a Location Agreement

When location scouts for movies, TV shows or other special events come to check out a hotel, hotel owners or managers have reason to be excited and cautious.  The property may receive a location fee for the filming, and the buzz, visibility and social media bounce that come with location filming can be hard to put a price on. Location agreements, even those with high dollar values involved, are often presented only a few days before a shoot. If you want to have your hotel or property featured in a film or TV show, you will have to act quickly. The typical location agreement sent by the production company is a short one-page document, but there are complex legal issues involved. Because filming agreements move quickly, and the production company likely had its lawyers draft the agreement, it’s important for a hotel or property manager to also have an equally experienced lawyer of their own review the proposed agreement and negotiate it before committing the hotel or property to the project. Below are some key factors to consider when transforming your property into a Hollywood soundstage:

Elizabeth Martin Colombo is a Member of the Hospitality &amp; Gaming Group at the national law firm of Eckert Seamans Cherin &amp; Mellott, LLC. Her practice is focused on the representation of domestic and international hotel and spa management companies, owners, developers, and asset managers in corporate transactional matters. Elizabeth can be reached at ecolombo@eckertseamans.com. 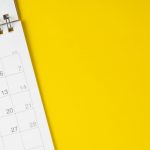 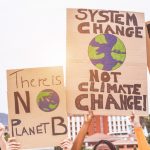