Society of Human Resource Management studies show that 53% of job applicants lie on their resumes. Other research has placed the number at between 30% and 50%, with one 2011 study saying that 80% of resumes are – at a minimum – “misleading.” Whatever the accurate statistic, it’s clear that resume fabrication – from inflated salaries to embellished job titles to trumped-up education claims – are rampant. And the liars have help: Several websites offer tips for “smart ways” to manipulate or outright fake resume
details.

But hiring managers aren’t without their own “lie detectors.” Common sense is the first line of defense in ferreting out resume deceit. If, for example, a resume asserts that the applicant earned a Harvard Ph.D. in 1995 but also says he or she worked for a Texas company from 1993 to 1996, common sense says that one of those statements may not be true.

If you’re recruiting for an open position using an online job board, many job-seekers will be aware that if their resumes include certain keywords, they’ll rank higher on your list of potential candidates. That’s all the incentive some of them need to exaggerate their skills and experience. To validate their claims, ask applicants to detail their expertise in an expanded resume, explaining whether they’ve attained the asserted skills through training courses alone or through on-the-job experience, and when and how they applied the skills in previous positions.

Verifying other information, such as previous employment dates and education, requires old-fashioned legwork: online research to make sure a listed company or university actually exists if you’re not familiar with the name, and phone calls to verify
employment and graduation dates. (Hundreds of websites offer to supply the “highest quality custom replicated diplomas,” so don’t accept a proffered diploma as irrefutable evidence of a degree.) To make sure an applicant isn’t covering an employment gap by claiming to have been self-employed, ask for names and numbers of – and then call – former clients.

A customized application serves as the second means to uncover resume falsehoods. Drafted skillfully, an application can unearth information that a resume won’t. Most people, for example, wouldn’t volunteer information about a criminal conviction on a resume, but, on an application, would be forced either to address the question or leave it blank, which is a red flag in itself.

While a resume typically provides information about dates of employment and may list job responsibilities and achievements, an application can ask for the reasons the candidate left a previous position. An application also can request the names and phone numbers of previous supervisors, whom you then may contact to verify claims made on the resume. You also may get more information from the supervisor than from the previous employer’s HR department, where personnel probably are well trained in dispensing no more than “name, rank and serial number.”

Use the interview to clarify and test the truthfulness of information on the application, and to learn about the applicant’s personality, character and motivation. You achieve that goal by letting the job-seeker talk, rather than spending the interview selling your organization. Certain responses can be telling – for example, if applicants talk negatively of their prior employers, you can expect that in six months they will be badmouthing your organization, too. As in the application, of course, avoid unlawful interview questions about age, ancestry, religion or other issues that could be used to discriminate against a candidate.

If you suspect the applicant has falsified information on the resume or the application, or simply may have made an error in the submitted information, don’t hesitate to ask for an explanation. But don’t accept the response as a truthful representation of the facts
without verifying its accuracy.

Hiring someone who has lied on their resume can contribute to costly employee turnover, endanger customer relationships, increase the risk of litigation, and hurt your company’s bottom line. You can avoid those potentially negative consequences by clarifying, verifying and becoming an insightful lie detector.

Jim Holland is managing partner of the firm’s Kansas City office. Much of his time is spent counseling employers on how to avoid workplace issues before they become lawsuits. Jim works as a partner with his clients and focuses his advice on helping them navigate employment issues with as little disruption to their operations as possible. When lawsuits cannot be avoided, however, Jim has litigated cases in federal and state courts across the country. Jim works with his clients to obtain practical, business solutions to their employment problems and lawsuits. Jim also represents clients across the country in collective bargaining negotiations with various different unions. In addition, he defends companies charged with unfair labor practices or similar claims in cases before the NLRB and has handled more than 250 labor arbitrations since 2000. Jim has been actively involved in the Kansas City community since he moved from New Orleans in 1995. He has served on the Board of Directors for the Overland Park Chamber of Commerce since 2008 where he was the Chairman in 2014. Jim was also a member of the Board of Directors for the Overland Park Arboretum and Botanical Gardens from 2008 through 2014 and is currently on the Board of Directors for the Arts and Recreation Foundation of Overland Park. 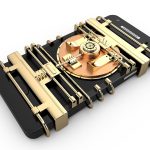 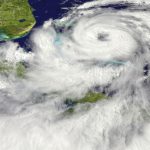