“But For” COVID-19: Trending Causation Theories in COVID-19 Litigation

“But For” COVID-19: Trending Causation Theories in COVID-19 Litigation

As the Covid pandemic spread across the world and the United States, neighborhood pools, parks, gyms and all other manners of public gathering places began to close and many people began to wonder about the potential liability of remaining open or continuing to do business. Almost every defense attorney probably had the same reaction, “how in the world do you prove causation?” However, just because one cannot prove causation doesn’t mean that they won’t try. This article is an attempt to show what causation is and what the latest trends are with Plaintiff’s trying to establish causation in Covid cases.

Legal Cause for negligence is the term that is normally used in most states and federal courts to establish causation when it comes to negligence. As I am sure you are aware, the four (4) elements in most negligence cases are duty, breach, causation, and damages. In an effort to be consistent, we will look to the Restatement Third of Torts. The Restatement is a legal reference guide which many courts across the United States use as a guide to consistency across states in determining factors for negligence and other torts.

In the most recent version of the Restatement of Torts, the Restatement defines cause as “Legal Cause.” Legal Cause is divided into two parts: Factual Cause and Proximate Cause. Restatement (3rd) of Torts: Phys. & Emot. Harm § 29. Factual Cause is the actual cause of the thing that happens. Id. It is often referred to as the sine qua non of the injury. The most familiar and widely used test to determine the Factual Cause of an injury is the “but for” test. Courts often ask, “But for the defendants conduct, would this injury have occurred?” This is the most difficult type of causation to prove in Covid cases and will be the focus of the discuss today.

Proximate Cause is different than Factual Cause in that it applies a reasonableness limit to the logical “but for” test. The doctrine of proximate cause provides that an “actor’s liability is limited to those harms that result from the risks that made the actor’s conduct tortious.” Restatement (3rd) of Torts: Phys. & Emot. Harm § 29. In other words, a defendant such as a hotel or restaurant cannot be held liable for harm when the tortious aspect of the defendant’s conduct was of the type that does not generally increase that risk of harm. Most of the factual hypotheticals associated with proximate cause generally involve a string of incidents that begin with a type of negligence, then proceed to a very random set of circumstances or injury. For example, Bessy the Cow’s owner negligently leaves a lamp to close to Bessie who knocks over a lamp causing the great Chicago fire. The fire spreads down the street, causing a horse to spook and run of the barn. The horse runs down the street. The horse running down the street causes a man to be distracted in his driving, resulting in the man running into the back of stopped vehicle, causing the driver whiplash and a displaced disc. Is the Defendant’s negligence in putting the lamp near the cow, the type of conduct from which you could expect that someone would have a soft tissue injury to their neck? While there can be no doubt that “but for” the negligent conduct of leaving the lamp to close to the cow, there would be no injury, it is highly unlikely that the negligence was the “Proximate Cause” of the injury.

In general, it is best to begin a discussion on causation from the position that the defendant has committed some form of negligent conduct then ask, “What difference would it have made?” Once we admit that we had a duty to do or not to do a thing, and we breached that duty, then the focus of a causation defense can become much clearer and well-developed. It is also important to avoid proximate cause when developing a defense.

At the current time, it seems almost impossible that a single plaintiff will be able to prove that it was the negligence of a particular establishment that resulted in their contracting serious illness. That does not mean that the plaintiff’s bar will stop trying. So, what is the Plaintiff’s Bar up to with regard to proving causation?

There has been one set of cases, from Princess Cruises, in California, where the Plaintiffs, David and Donna Rumrill, allege that they contacted Covid 19 on the Ruby Princess as a result of the cruise lines failure to implement appropriate policies and procedures to prevent the spread of the illness. Princess Cruises moved to dismiss the Complaint based on the lack of the ability of the Plaintiffs to establish causation. The Judge did indicate that the Plaintiffs had failed to allege the amount of time between the alleged exposure and the date they began experiencing Covid 19 symptoms or received a positive test result, and that this key fact was necessary to render the causation allegations plausible, not merely possible. Nevertheless, instead of the dismissing the Complaint, the Judge allowed the Plaintiffs to amend in order to precisely allege an appropriate timeline based on CDC date showing how long it would normally take for a person to contract Covid and begin showing symptoms.

Based on this case, we can expect that Plaintiffs will begin lining up experts in epidemiology and infectious disease in order to establish appropriate timelines associated with contact with your business in order to establish that your location or actions were the cause of the contraction of the Covid 19. It is going to be important to look at these experts and make sure that they express their opinions in ways that state more likely than not, versus an “is consistent with” opinion.

Finally, there does seem to be some indication that the Plaintiffs are going to use what is called the public nuisance doctrine to bring Covid 19 cases. This doctrine is generally invoked when one person’s use of their property injures the public’s health, comfort, or moral. Typical examples include diverting water to benefit oneself at the expense of the public, or operating a factory that spews pollution in the air. The most famous use of the doctrine is from oil spills, but even then it was only available to certain people, such as fishermen, and people whose livelihood were directly impacted by the public nuisance. While many previous attempts to use the public nuisance doctrine to hold private companies liable have failed over the years, this is another place where Plaintiff’s will attempt to solicit business and point the finger at your establishment as being the cause of the public’s ills.

While it is true that the Plaintiff bears the burden of proof, even a small factual dispute at the trial court level will keep the case going and rack up lots of expenses. As a result, it is important for you to battle but for causation using the proper discovery tools such as social media, location applications on phones and devices, text messaging and phone records. In addition, it is probably important for parties to begin setting up experts in order to get rid of his consistence with testimony.

In conclusion, Plaintiffs are consistent in working on new ways to establish new lawsuits in the Covid age. It is important to see what the possibilities are and to begin to cut them off before they can begin to grow anew in state courts around the country.

Jacob O. Malatesta is an attorney and shareholder with the firm and practices from the Jackson and Greenville, Mississippi, offices. He is a native of the Mississippi Delta where he began his legal career practicing in Clarksdale, then Greenville, and settling with his family in Jackson. 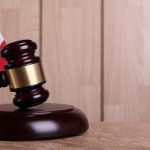 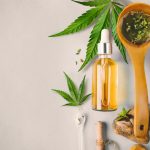