FRANCHISE LAW
Similarly to the United States, Canada has pre-sale franchise disclosure laws in six of the 10 provinces in the country, each of which require that a “franchise disclosure document” or “FDD” be provided to a prospective franchisee at least 14 days before a franchise agreement is signed or any consideration is paid in respect of the franchise. Due to the broad application of franchise laws, certain relationships, including licensed or managed hotel arrangements, may be considered “franchises” under Canadian law, even if not so intended as such or characterised under American law. Consequences for failures or errors of disclosure include statutory misrepresentation and rescission, including the right to sue for losses. Canadian franchise laws are historically strictly construed against franchisors, with case law supporting large damage awards against hotel franchisors because of technical errors in disclosure. While the substance of disclosure is relatively similar in both countries, Canadian disclosure obligations include an overriding “materiality” concept which can require a FDD to be modified on a deal-by-deal basis to account for deal-specific facts, including, in some instances, the content of a PIP, as well as an ongoing disclosure obligations in respect of “material changes” between the provision of the FDD and the execution of a franchise agreement. Certain exemptions exist from the obligation to make disclosure, including in Ontario and British Columbia, where the acquisition of the franchise exceeds $5M.

CANNABIS LAW
As of October 17, 2018, it has been legal to cultivate, posses, acquire and consume cannabis and cannabis products across Canada. Permitted products include cannabis and cannabis accessories, and as of October 17, 2019, “edibles” and other cannabis-infused products, such beverages and vaporizers. The legal framework which regulates cannabis consists of federal, provincial and municipal laws and regulations. Federal legislation focuses on public health and safety, with jurisdiction over such things as production licensing, packaging, labelling and promotion and taxation. Provincial legislation focuses on distribution, retail, as well as setting rules regarding where individuals may smoke cannabis. The decentralization of jurisdiction to the provinces has created a lack of uniformity across the country. For instance, consumption in public areas is prohibited in some provinces, while others, like Ontario, permit consumption anywhere tobacco smoking is permitted, with certain exemptions (such as vehicles or where children frequent). Certain provinces, like Alberta, have created rules to permit (at a later date) the regulation of consumption spaces (such as lounges or cafes), while others have not. In Ontario, British Columbia, and other provinces, cannabis can be smoked in designated guest rooms in hotels, motels and inns. Local or municipal governments may impose further restrictions which could limit provincial rules.

Employers have an implied duty of good faith and fair dealing with their employees. Consistent with this is the implied obligation to provide an employee with “reasonable notice” of termination of employment where there exists no “cause”. This entitlement can trigger substantial severance payments and is one of the key reasons that Canadian employers typically enter into formal written employment agreements with their employees.

While employers are permitted to terminate employees’ employment without notice for cause, cause has a very high threshold under a Canadian law. Under employment standards legislation in every Canadian jurisdiction, written notice of termination or pay in lieu of notice is required for the termination without cause of any employee with three months’ service or more. The statutory requirements vary across the country, but generally equal roughly a week of notice or pay in lieu for each year of service to a maximum of eight weeks.

Employment standards legislation cannot be contracted out of; attempts to do so are deemed void. The Supreme Court of Canada has set aside an employment agreement where the employee agreed no notice of termination was required. In that case, the Court required the employer to pay an amount consistent with the common law obligation to provide reasonable notice (which is typically much greater than the minimum imposed by employment standards legislation).

The common law obligation to provide reasonable notice is based on a number of factors such as age, length of service, position performed, and prospects for securing alternate, comparable employment. While there is no “rule of thumb”, awards of one month per year of service, and more, are commonplace in Canada.

Reasonable notice generally includes not just pay, but benefits, commissions, most incentives or bonus, pension, deferred payments, car allowances, continued stock option vesting, etc. The employer is required to keep the employee “whole” for the period of reasonable notice and, if paying in lieu, is required to maintain all of the compensation and benefits associated with the employment relationship, unless there is very careful drafting in the applicable plan to prevent this.

DESTINATION MARKETING FEE LITIGATION – KNUTH V. BEST WESTERN ET AL…
In Canada, destination marketing programs have been established by local tourism authorities, hotel associations or other bodies, for the purpose of promoting tourism in a particular city or region. These programs raise money for their promotional activities by soliciting hotels and other tourist service providers to remit a percentage or fixed amount of their revenues to the marketing program. These contributions may be funded by the hotels in whatever manner they see fit, but usually take the form of a percentage surcharge on the quoted room rate; surcharges, referred to as Destination Marketing Fees (“DMF”), are collected voluntarily by the hotels, and have no statutory basis.

DMFs are distinguished from lodging or accommodation taxes which are also levied in some provinces over and above applicable sales taxes. These are collected and remitted to provincial authorities. Generally, municipalities in Canada lack the authority to levy local taxes on hotel rooms.

In Canada, a consumer must be provided with clear, unambiguous notice of the DMF prior to the consumer entering into the agreement, particularly as the consumer will use the pricing information to determine if he or she will enter into the agreement. The DMF must be disclosed as a separate item/charge and must not be combined with applicable taxes or any other amounts payable by the consumer.

In the ongoing case of Knuth v. Best Western et al, the plaintiff made claims based on, among other things, the following:

In many instances the website/software platforms being used by certain hotels could not easily set out the DMF on a separate line at the point of booking. In some instances, it is claimed that the DMF was included with the tax giving the appearance of taxes being charged in excess of the applicable rate. Further many systems could not charge the correct tax on the full room rate such that the tax was on top of the DMF.

By way of update, certain of the franchisors in the action brought a motion for summary judgement to have the action dismissed against them on the basis that they are not liable for the actions of their franchisees. In August 2019, the Court dismissed the summary judgement motion. It is expected that the next major step will be certification as a class action.

LOYALTY PROGRAM LAW UPDATE
There are recently-enacted laws in Ontario (January 2018) and Quebec (August 2019) regulating loyalty programs. Subject to prescribed exceptions, the new laws prohibit the expiry of reward points due to the passage of time alone.

The key exceptions include:

It is anticipated that other Canadian jurisdictions will adopt similar loyalty specific legislation in the coming years.

CANADA’S ANTI-SPAM LEGISLATION (“CASL”)
In Canada, there are disclosure and consent requirements for the sending of a commercial electronic message (“CEM”). The sender must obtain explicit opt-in consent unless implied consent or an exception applies. This differs from the US “opt-out” model. The key exception is where there is an existing business relationship within a 2-year period immediately preceding sending of the CEM.

There are requirements for every CEM delivered, including:

MERGERS & ACQUISITIONS
Acquisitions of US hotels are almost always completed as asset deals unless there is a specific reason that an entity deal must be utilized. While asset deals are common in Canada, entity deals are sometimes utilized to take advantage of the lifetimes capital gains exemption. The exemption allows a Canadian individual who holds shares of a qualified small business corporation to a lifetime capital gains exemption equal to approximately CAD $850,000. There are a number of requirements in order to take advantage of this exemption including that the shares were held for a minimum of 2 years, the corporation was a Canadian-controlled private corporation, and that the corporation had during such time “active” business income. Further, land transfer tax is not payable in connection with a transfer of shares of a corporation but is payable on a transfer of assets which is further incentive to structure as a share deal.

This document, and the information in it, is for illustration only and is subject to changes in the law and its interpretation. It does not constitute, and is not a substitute for, legal or other professional advice. For advice on the matters discussed in this document, please consult legal counsel.

Jason Arbuck – Partner & Co-Chair of Hospitality Group
jarbuck@cassels.com
Jason Arbuck is the Chair of the Banking & Specialty Finance Group and Co-Chair of the Hospitality Group at Cassels. Jason’s practice is devoted to commercial and asset-based lending transactions, banking and securitization transactions, factoring and fintech related legal work, hotel financing and acquisition transactions, and real estate development projects. A large portion of his practice is focussed on cross-border transactions. He has significant experience in drafting and negotiating loan and credit agreements, receivables purchase agreements, hotel purchase agreements, and hotel management agreements.

Frank Robinson – Partner & Co-Chair of Hospitality Group
frobinson@cassels.com
Frank Robinson is a partner in the Franchise Law and Business Law Groups at Cassels and serves as Co-Chair of the firm’s Hospitality Group. Frank practises business law, with a focus on franchising, licensing, distribution and intellectual property. He also provides counsel on mergers and acquisitions, and general corporate, commercial and contractual matters. Frank advises Canadian and international companies on all matters relating to franchising, licensing and distribution including structuring and expansion strategies, legal and regulatory issues, contract drafting and negotiation, and compliance with Canadian franchise disclosure legislation. Frank has worked with a broad range of product and service distribution, franchise and retail companies, from local start-ups to international and global corporations, and in industries as diverse as financial services, oil and gas, energy, hospitality and hotels, food and beverage, personal and fitness services, commercial and residential services, apparel, consumer goods, automotive, telecommunications, software and robotics, childcare and education, construction and technical services, health and elder care, cannabis, and others.

Cassels Brock &amp; Blackwell LLP is a Canadian law firm focused on serving the transaction, advocacy and advisory needs of the country’s most dynamic business sectors. We offer one of the largest business law practices in Canada, advising multinational, national and mid-market clients and are consistently cited as market leaders by Chambers Global, Lexpert, Best Lawyers and others. Cassels Brock is dedicated to staying on the leading edge of trends in law and business to offer timely, proactive and preventative advice that adds demonstrable value and our lawyers are proud to serve leadership roles in business, civic, charitable and cultural organizations in community, national and international organizations. We understand your business. We can help. 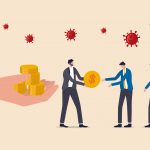 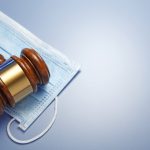