In this day and age, it is very common for an owner of multiple hotels (whether it be individual owners, investors, and lenders) to hire an asset management company to oversee the hotel operator’s day-to-day management of the hotel. For instance, the hotel asset manager will have oversight of operations and the physical asset (the hotel), which includes monitoring ongoing financial performance, the competitive set, the hotel asset, provide support and review of the budgeting process and advise ownership as to management issues.

Historically, the Bible of Liability in the hospitality industry has been the RESTATEMENT (SECOND) OF AGENCY. It has served as the basis for seminal legal changes in the hospitality industry that now generally govern the conduct of hotel operators, and is relied upon extensively in hotel management disputes and is equally applicable to hotel asset managers. Under agency law principles, the hotel asset manager is the agent for the owner, its principal and is legally bound to disclose anything and everything to the owner, its principal. Generally speaking, the failure to disclose such information would constitute a breach of fiduciary duties. The elements of a claim for breach of fiduciary duty are: (1) existence of a fiduciary duty; (2) breach of that duty; and (3) damage caused by the breach.

As an agent of the owner, the hotel asset manager owes certain fiduciary duties to the owner and those duties include but are not limited to, the following: (a) a duty to act in the owner’s best interests; (b) a duty of loyalty; (c) a duty to disclose all information relevant to the owner affairs (candor); (d) a duty to keep and render accounts; (e) a duty not to accept secret payments or other amounts not authorized by the owner; (f) a duty to ensure that the principal’s profits are maximized; (g) a duty of care and skill; (h) a duty of good conduct; (i) a duty to act only as authorized; (j) a duty to obey; and (k) a duty not to act for an adverse party without the principal’s consent.

In 1925, the Hotel Association of New York City designed a hotel account system to provide uniform classification of revenues, expenses, assets, liabilities and equities for hotels to attain and provide comparable financial statements. The system has since then been adopted by the American Hotel & Lodging Association (“AH&LA”) and is now referred to as the ”Uniform System of Accounts for the Lodging Industry.” In addition, the American Hotel & Lodging Educational Institute provides industry leadership in certifications necessary to operate hotels pursuant to the “Uniform System of Accounts for Hotels.”

i) Violations of the “Ten Commandments”

Notwithstanding these operational “Ten Commandments”, the landscape is replete with litigation against hotel operators. For example, there have been cases where the operator has “cooked the books” to obtain incentive fees. Specifically, the hotel operator allegedly ordered items in the last quarter of the calendar year and told the hotel’s vendors to bill the hotel in the first quarter of the next year, in order to obtain an incentive bonus. It’s a simple equation — the hotel operator fraudulently understated the hotel’s expenses to increase net operating income to achieve its performance bonus. That could be called theft, conversion, fraud or any number of things that would serve as the basis for a lawsuit.

In the context of hospitality litigation, it is much easier to find negligence, malfeasance and/or willful misconduct against the hotel operator because their scope of involvement is “more-hands-on”, more “real-time” and covers a “24/7” cycle with day-to-day operations of the hotel, as opposed to the asset manager that reviews reports after the fact. From an operational stand-point, the hotel guests, the restaurant guests, the bar and lounge patrons and banquet guests all “trigger” immediate responses, needs and crisis’s, whether someone falls, is too drunk, gets food poisoning or the invitee of the guests causes a problem. For the hotel operator, the potential for liability is exponential vis-à-vis the hotel asset manager, due to guest check-ins and check-outs, safety issues, food & beverage operations, convention/meeting room banquets, and failing to implement competent financial controls at the hotel property level so the owner can make money.

In the past two decades or so, there has been a plethora of hotel management contract decisions that held “hotel owners had the power to terminate a hotel management contract based on agency law principles.” For a long time, the legal rationale for terminating hotel management agreements was based on the RESTATEMENT (SECOND) OF AGENCY. That is true, because the RESTATEMENT (SECOND) OF AGENCY sets forth the common law concept that a principal (hotel owner) has the power to terminate an agent (hotel operator) at any time unless the agency is coupled with an interest (which means an economic interest by the hotel operator in the hotel). But despite these adverse rulings, national hotel operators have attempted to disclaim that hotel management agreements constituted an agency relationship – – but the courts looked to the actual relationship of the parties and held that the “common law of agency trumps explicit contract language.”

In 2011, the Court in the Turnberry decision re-affirmed with crystal-clear clarity, that the hotel owner, based upon agency law principles, can terminate a hotel management agreement:
The notion of requiring a property owner to be forcibly partnered with an operator he does not want to manage its property is inherently problematic and provides support for the general rule that a principal usually has the unrestricted power to revoke the agency.

iv) Agency Coupled With an Interest

In Marriott International v. Eden Roc and RC/PB, Inc. v. The Ritz Carlton Hotel Company, the RESTATEMENT (SECOND) OF AGENCY was not the basis for terminating the hotel management contracts. Instead, in the Eden Roc and Ritz Carlton cases, which applied New York and Florida law, respectively, the courts held that because the hotel operator had a broad delegation of power of discretionary authority that required the operator to exercise special skill and judgment, that the hotel management agreements were personal services contracts and could not be enforced by injunction or specific performance.

In summary, California, New York and Florida courts have held that hotel owners can terminate hotel management contracts under agency law principles (unless an agency is coupled with an interest) or as personal services contracts. It appears the law is now settled.

Although agency law principles have been applied in the context of terminating hotel management contracts (and should be applicable to asset managers), franchise agreements have been generally immune from these legal challenges. The reason is simple — the franchisor doesn’t really exercise control over the franchisee, unlike hotel operators that control the entire hotel operation for the hotel owner.

Historically, franchisees’ have filed lawsuits against franchisors for claims such as wrongful termination and nonrenewal, breach of contract (failing to provide support, training, advertising, territorial protection and the like), claims for market withdrawal by franchisor, the ability to transfer a franchise, misrepresentation claims (earnings, revenue, success/failure rates, etc.), encroachment claims (area of protection clauses), failure to provide certain disclosures pursuant to Federal Trade Commission mandates, antitrust claims and breach of fiduciary duty claims (advertising fund expenditures). However, filing lawsuits based on agency law principles and breach of fiduciary duty are far and few between.

Originally published on Sunday, January 4, 2015
1186 views at time of republishing

Richard Barrett-Cuetara is Managing Member of Barrett-Cuetara, PLLC. He provides legal counsel to the hospitality industry on a wide range of matters including complex disputes involving cutting-edge legal issues. He provides both transactional counsel and assistance on litigation matters including the acquisition and disposition of hotels, alcoholic beverage issues, construction, encroachment, intra-brand competition and area of protection issues, franchise and disclosure matters, labor and employment, lease documentation and collection, hotel management and corporate governance agreements and insurance coverage issues. 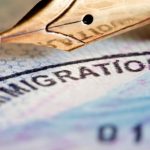 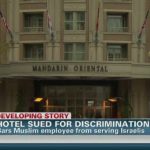