Time Flies When You Are Having Fun: Start getting those H-1B petitions ready for the 2015 filing season

Time Flies When You Are Having Fun: Start getting those H-1B petitions ready for the 2015 filing season

Yes, it’s that time again – time to prepare to file your H-1B petitions for Fiscal Year 2016. Starting April 1, 2015, the U.S. Citizenship and Immigration Services will begin accepting H-1B petition filings – subject to the cap – for the next fiscal year, which begins October 1, 2015. We strongly recommend that H-1B petitions that are subject to the cap be filed as close to April 1 as possible because we expect the cap to be exhausted in the first week of April.

To be able to file on or as soon as possible after April 1, employers will need to begin preparations now.

There is an annual limit on the number of H-1B visas that can be issued each fiscal year to persons subject to the H-1B cap (primarily first-time H-1B beneficiaries) – approximately 65,000 in the general category and 20,000 limited to persons with U.S. master’s or more-advanced degrees. In 2014, both caps were exceeded in the first week of April (a total of about 172,500 petitions were received that week), and the USCIS had to conduct a lottery to determine which petitions would be considered. Petitions filed after the first week in April were not even included in the lottery. There is little doubt that the cap will be exceeded in the first week of April 2015 as well.

Exceptions to the H-1B cap

The H-1B cap does not apply to the following:

Alternatives to the H-1B

If the H-1B option is not available, employers may want to consider these alternatives:

Originally published on Friday, January 16, 2015
1092 views at time of republishing

At Constangy, Brooks, Smith &amp; Prophete, LLP, workplace law is all we do—but we’re not your typical law firm. We are a preeminent boutique firm for labor and employment law in the U.S. Our clients tell us there is also “a soul to Constangy that is unique and refreshing, that’s not found with other firms.” For nearly 70 years, our clients have appreciated our common-sense approach and our commitment to being a real partner in helping employers navigate the prickly legal and regulatory environments of the changing workplace. Today we have more than 160 attorneys across 16 states, offering services ranging from the defense of single and multi-plaintiff employment discrimination, harassment and retaliation claims to complex wage and hour litigation, workplace safety, and affirmative action compliance, as well as OSHA, to workers’ compensation, ERISA and employee benefits, immigration, and labor relations. A “Go To” Law Firm in Corporate Counsel and Fortune magazine, Constangy represents Fortune 500 corporations and small companies across the country. Our attorneys are consistently rated among the best by sources including Chambers USA, Martindale-Hubbell, and Best Lawyers in America, and we are ranked as a Tier 1 firm by the U.S. News &amp; World Report/Best Law Firms survey. 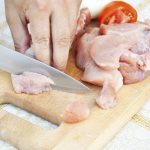 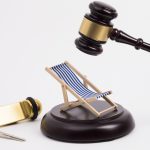