In July 2018, the U.S. Immigration and Customs Enforcement (ICE) announced that in the last six months, it issued 5,200 notices of inspection to employers in the U.S. in order to audit their Form I-9 Employment Eligibility Verification documents.

This is a significant increase compared to only 1,360 audits initiated in all of the last fiscal year, which is consistent with a 2017 announcement by then-acting deputy director of ICE, Tom Homan, who stated that ICE planned to increase worksite enforcement audits by 400%.

Under the law, employers are required to verify the identity and employment eligibility of all individuals they hire, and to document that information using the Form I-9. Failure to comply with immigration laws (including incorrect Forms I-9 and knowing employment of unauthorized workers) can result in criminal and civil penalties. In fiscal year 2017, businesses were ordered to pay $97.6 million in judicial forfeitures, fines, and restitution, and $7.8 million in civil fines.

In addition to I-9 audits, ICE’s current worksite enforcement strategy includes conducting ICE raids and the criminal prosecution of employers who knowingly break the law. A few recent highly publicized ICE raids, which took place in Ohio and Tennessee, involved the detention of dozens of workers at each business.

Due to this uptick in I-9 audits, employers should conduct regular self-audits of their I-9s to ensure compliance with the law.

South Africa’s Stringent New Immigration Regulations May 14, 2015
Time Flies When You Are Having Fun: Start getting those H-1B petitions ready for the 2015 filing season June 24, 2015
A Discussion of Recent ADA and FMLA Cases and Their Practical Implications June 13, 2019 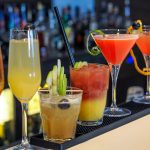 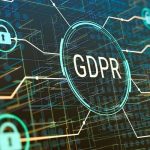