Can SafeHer, a Women-For-Women Ridesharing Company, Overcome the Challenges of Anti-Discrimination Laws?

Can SafeHer, a Women-For-Women Ridesharing Company, Overcome the Challenges of Anti-Discrimination Laws?

Despite lawsuits and persistent legal uncertainties, the “sharing economy” is booming, and the companies at its forefront continue to grow.  Some of these businesses are a natural complement to the hotel industry, while others directly compete with it.  Whatever may become of these companies as they are reined in by regulation, one thing is certain: the rise or fall of the “sharing economy” will define the landscape of the hospitality sector in the decades ahead.

Ridesharing giant Uber raised $2.1 billion in its most recent round of funding, buoyed by a valuation of more than $65 billion – a remarkable ascendance for the five-year-old company.  Its success has attracted a wave of new entrants seeking to gain a foothold in this burgeoning market.  But the road to a share of the sharing economy is fraught with legal peril.

One of the new contenders is SafeHer, a by-women-for-women ridesharing company that positions itself as a secure alternative to market leaders like Uber and Lyft.  SafeHer’s business model responds to growing concerns over allegations of rape and sexual violence against female passengers in Uber vehicles, and Uber’s opacity in dealing with these incidents.   Uber has facedmounting criticism of its protocols for screening its drivers, whom Uber continues to classify as independent contractors instead of employees.  SafeHer would staff its fleet exclusively with female drivers, and would serve only female clientele.  If SafeHer’s plans come to fruition, hoteliers will be able to add value for female guests by including the service in their repertoire of concierge offerings.

Formerly known as Chariot for Women, SafeHer had announced plans to launch operations across all 50 states on April 19 of this year.  But for those of us who have followed the legal tribulations of other ridesharing companies, the delay of its launch did not come as a surprise.  SafeHer is not the first ridesharing company to champion a women-centered business model.  But the companies that have preceded SafeHer have been thwarted by legal obstacles and threats.

Ironically, the stumbling blocks that loom largest in SafeHer’s path are federal, state and local anti-discrimination laws — laws that were passed with many of the same objectives that underlie SafeHer’s business model.  SafeHer, with its goals of helping women drivers break into thehistorically male-dominated taxi industry, and providing women passengers with the same expectations of physical safety as their male counterparts, seems to be consistent with at least the spirit of anti-discrimination laws.

But whether SafeHer’s “by women for women” business plan is in keeping with the letter of these laws is a thornier question, complicated by differences in the state and local variants of civil rights statutes.  A business operated exclusively “by women” risks violating the employer-related provisions of anti-discrimination laws, which generally prohibit hiring on the basis of gender.  And SafeHer’s “for women” policy could run afoul of related provisions that outlaw discrimination in public accommodations.

At the federal level, the governing statute is the Civil Rights Act of 1964.  Title II of the Civil Rights Act does not prevent public accommodations from discriminating on the basis of gender – this is exclusively the province of state and local government.  Title VII of the Act, on the other hand,imposes strict limitations on gender-based hiring, which apply even to well-intentioned forms of discrimination.

These limitations can be overcome if an employer demonstrates that gender is a “bona fide occupational qualification,” but this exception has been applied sparingly to cases where gender bears directly on an individual’s ability to perform a job.  Courts have held, most famously in the context of flight attendants, that “customer preference” for employees of a certain gender does not elevate gender to the status of a BFOQ.  Several skeptics and commentators have expressed doubts about the upsot of these cases for SafeHer’s business model.

But where “customer preference” is guided by gender-specific concerns about safety and privacy, federal courts have upheld gender-based hiring practices under the BFOQ rule in a number of contexts.  For instance, courts have approved of:

SafeHer’s might be able to overcome a Title VII challenge by analogizing to these precedents.  Because the company’s underlying objective is to promote rather than undermine gender equality, SafeHer could find a sympathetic judge or jury willing to extend the BFOQ line of cases to its business model.  The company’s troubles, however, would not end there.

Most states and major cities have enacted their own anti-discrimination laws, augmenting the protections afforded by the Civil Rights Act.  This article will not attempt to summarize all of these laws and their differences, for there are too many to mention. But by way of example, New York State, Washington State, New York City, and Seattle have all enacted laws that prohibit gender-based discrimination in places of public accommodation, a subject on which federal law is silent.  And while Title VII applies only to employers with 15 or more employees, the New York State andCity laws apply to employers with as few as four employees, the Washington statute applies to employers with eight or more employees, and Seattle’s ordinance applies to virtually all employers (anyone having “one or more” employees).

All four of these laws have exceptions that, like the BFOQ provisions of the Civil Rights Act, could be interpreted to permit “pro-equality” discrimination.  The Washington statute expressly permits employers to implement discriminatory policies if “appropriate for the practical realization of equality of opportunity between the sexes,” and permits gender discrimination in public accommodations for the purpose of curbing “behavior or actions constituting a risk to property or other persons.”  The New York State and City laws carve out exceptions for public accommodations based on “bona fide considerations of public policy.”

Each of these provisions could be construed to provide a safe harbor for businesses like SafeHer, which employ benevolent discrimination in pursuit of larger social goals of gender equality.  The trouble is that there may be no way of knowing without testing these laws one by one.  State and local anti-discrimination laws vary widely in their history, text and application.  There is no guarantee that this patchwork of state and local laws would be applied or interpreted consistently from one jurisdiction to the next.

Against this fragmented backdrop, SafeHer’s ambition to mount a coordinated nation-wide launch might be a bridge too far for a young company backed by a single angel investor.  A more modest launch, targeting a handful of states and cities with favorable anti-discrimination laws, could get SafeHer off to a stronger start, with less potential exposure, and better hopes of setting good precedent. 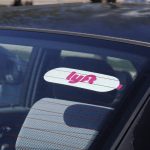 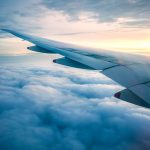