Can There Be Confidentiality in the Age of Social Media?

Can There Be Confidentiality in the Age of Social Media?

The proliferation of social media in the workplace has increased the risk of potential liabilities for companies. Specifically, there is a growing amount of litigation arising out of the use of confidential or proprietary information shared on social media websites. Employers have been facing, and will continue to face, a range of claims brought on by the use of social media in the workplace. Such claims may come in the form of invasion of privacy, copyright and trademark infringement, defamation, securities disclosure, advertising and consumer protection, harassment, discrimination, professional negligence and a continually evolving list of other claims.

Employers need to be aware of potential confidentiality breaches by both current and former employees. In Sasqua Group, Inc. v. Lori Courtney, et al., Case No. 10CV00528 (U.S.D.C. E.D.N.Y. 2010), a financial services company’s former managing director, Lori Courtney (Courtney), left the company to start her own financial services firm. Several of Sasqua’s clients moved their business to Courtney’s new firm. Sasqua then sought a temporary restraining order against Courtney, claiming that its trade secrets included “client contacts, their individual profiles, their hiring preferences, their employment backgrounds, and descriptions of previous interactions with client contacts.” Courtney countered with the argument that almost all potential clients in their industry have their information available on “Bloomberg, LinkedIn, Facebook or other publicly available databases.” Ultimately, the court adopted the Magistrate’s Recommendation that the information not be afforded trade secret protection and that injunctive relief be denied. Sasqua Group, Inc. v. Courtney, 2010 U.S. Dist. LEXIS 93442 (E.D.N.Y. Aug. 2, 2010).

Sasqua is an example of how the proliferation of information shared on social media sites can make it increasingly difficult for companies to maintain that sensitive information is either proprietary or confidential.

Another consideration regarding proprietary information is how to handle the information once it either intentionally or inadvertently becomes public. In Katiroll Co., Inc. v.Kati Roll and Platters, Inc., 2011 U.S. Dist. LEXIS 85212 (D.N.J. Aug. 3, 2011), the court considered a trademark infringement dispute between two restaurants. During litigation, the defendant removed his Facebook profile, which had included a photograph displaying the infringing trade dress at issue. Plaintiff alleged that the evidence had not been properly preserved. The court ultimately found that defendant had removed his Facebook pages at plaintiff’s request due to the infringement issues and, consequently, any spoliation of the evidence was unintentional. The court ordered that the Facebook picture be publicly visible again for a short period of time in order for plaintiff to obtain whatever it needed. Consequently, even if a party inadvertently posts confidential information, there may be legal ramifications associated with the subsequent removal of that information. If lawsuits are filed, then the confidential information or the misrepresentation of proprietary information will receive unwanted exposure and attention, regardless of who prevails in the lawsuit.

Another concern arising out of the dissemination of proprietary information through social media was illustrated in the recent case of PhoneDog v. Kravitz, Case No. C 11-03474 (N.D. Cal. 2011) in which a mobile news and reviews company sued former employee Noah Kravitz (Kravitz) over who owned a Twitter account. The Twitter account was started in association with PhoneDog, but was then used by Kravitz as his own Twitter account.This raises the issue of who actually owns a social media account. Although the matter remains pending in the Northern District of California, the court’s denial of Kravitz’s motion to dismiss the trade secret claim highlights the possibility of a forthcoming determination on a crucial question of law in the evolving field of social media claims.

Understandably, many employers are concerned that their employees will share proprietary information through social media sites and have established policies prohibiting such conduct. In response to such policies, the National Labor Relations Board (NLRB) maintains that a confidentiality policy is illegal if it limits employees’ ability to communicate with others regarding their working conditions. According to the General Counsel of the NLRB, a social media policy that limits use of the company’s name “without prior approval of the law department” is unlawful. (See Officeof the General Counsel, Report of the Acting GeneralCounsel Concerning Social Media, January 24, 2012.)

Therefore, under Section 7 of the National Labor Relations Act, employees have the right to use a company name and logo on items such as electronic or paper leaflets, cartoons or picket signs as long as they are engaging in protected, concerted activity.

On the other hand, one administrative law judge, in G4S Secure Solutions (USA) Inc., Case No. 28-CA- 23380 (March 29, 2012), upheld an employer policy that prohibited placement of photographs or videos of GS4 employees in uniform or at the workplace on social networking sites without express permission. In supporting the employer’s action, the court concluded that the employer had a legitimate reason for restricting the posting of pictures of its employees on social media sites and that “[t]o read it as a prohibition on Section 7 activity strikes me as a stretch.” In contrast, that very same court concluded that the employer could not restrict employees from using social media sites as a vehicle for commenting on work related matters.

It is important for companies to proactively implement social media policies regarding confidential and proprietary information that will serve to protect their interests even further in this ever-changing environment. Such policies should be carefully tailored to abide by the numerous laws and authorities that are emerging in this area. Just having the appropriate social media policies is not enough – companies need to appropriately communicate those policies to their employees and train employees\ on compliance. Further, companies that fail to secure appropriate social media insurance coverage to safeguard their interests will likely find themselves perilously exposed in a world driven by this exploding area of liability.

Jessica Collier represents clients in complex first and third party claims. She has handled all aspects of insurance coverage and defense matters and litigated matters in state and federal courts. Jessica handles international and domestic insurance coverage matters with a focus on product recall and food contamination crisis management, construction defect, and professional liability matters. She has participated in numerous jury trials and brought cases to successful resolution for the companies she represents. Jessica also focuses her practice on employment practices liability, representing employers in claims before the Equal Employment Opportunity Commission and in state and federal courts. She has handled employment discrimination, retaliation, wrongful termination, harassment, and wage and hour claims for her clients. Jessica is a former member of the board of directors of the Colorado Defense Lawyers Association, where she served as the chair of the Employment Law and Young Lawyer committees. 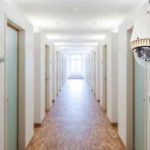 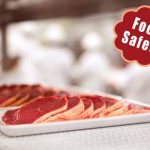