A recent ruling by the California Supreme Court continues a national trend of decisions over the past several years denying coverage for potential contamination incidents under product contamination insurance (PCI) policies. The latest decision is rendered at a critical time for the food industry. By the end of summer, food companies face regulatory transformations not seen since early last century. The regulatory “climate change” for the food industry is coming quickly and companies’ brokers and insurers must be prepared for the inevitable challenges. Food companies need to analyze and understand the impact the new regulatory environment will have on their operations and consider proper protection in the event of a recall crisis. Brokers and underwriters would be well advised to analyze current PCI wordings and coverage offerings in consideration of the enhanced risks brought about by the regulatory climate change.

On May 20, 2015, the California Supreme Court denied Windsor Food Quality Company Ltd.’s petition for review of the decision of the Court of Appeal for the Fourth Appellate District of California that denied coverage under a PCI policy related to a ground beef recall. See Windsor Food Quality Co. Ltd. v. The Underwriters of Lloyds of London et al., No. S225719, California Supreme Court. California’s highest court denied Windsor’s petition for review without explanation. In February 2015, in a 2–1 decision, California’s Fourth Appellate District affirmed a trial court’s decision in favor of QBE Insurance(Europe) Limited and the Underwriters of Lloyd’s of London. The intermediate appellate decision addressed Windsor’s claim for insurance coverage under a PCI policy, which included coverage for “accidental product contamination” and “malicious product tampering.”

Windsor’s claim for insurance coverage arose out of a ground beef recall by Westland/Hallmark Meat Company. Windsor used Westland’s ground beef as an ingredient in its Jose Ole frozen food products. The ground beef was recalled based on potential risks related to the company’s use of disabled cattle that may have been infected with mad cow disease or other maladies. As a result of the issues with Westland’s product, Windsor recalled its own products that incorporated Westland beef, incurring approximately $3 million in costs.

Underwriters denied Windsor’s claim for coverage because they determined the recall did not constitute an “accidental product contamination insured event” as such term was defined in the policy. Windsor subsequently filed a declaratory judgment action against the insurers in California Superior Court of San Bernardino County, entitled Windsor Food Quality Company Ltd. v. The Underwriters of Lloyds London, CA Super. Ct. No. CIVRS905013 (Feb. 6, 2015).

On summary judgment, the trial court found no disputed issues of fact and no evidence of a public health risk or of product tampering. The trial court also found that the recalled products were not an “insured product” under the PCI policy.

On appeal, the Court of Appeal for the Fourth Appellate District of California found the term “insured product” unambiguous, which resulted in favorable rulings for the insurers. See Windsor Food Quality Co. Ltd. v. Underwriters of Lloyds of London, 234 Cal. App. 4th 1178 (Feb. 6, 2015). The court ruled that any contamination or tampering must take place during or after manufacture but not before Windsor’s production processes. In support of this ruling, the court cited to the decision rendered in Caudill Seed & Warehouse Co. Inc. v. Houston Cas. Co., 835 F.Supp.2d 329 (W.D. Ky. 2011).

In addition, the court held that there had not been an “accidental product contamination insured event.” As the court found no coverage under the PCI policy, it also dismissed the bad faith causes of action.

The court found the PCI policy’s wording unambiguous and held that the PCI policy is not a recall insurance policy, citing a number of decisions in support of this holding.

The dissent asserted the language in the policy was ambiguous and therefore should be construed against the insurer.

The California Supreme Court’s refusal to review the appellate court’s decision merely adds the Windsor Food decision to an increasing line of decisions finding no coverage under PCI policies for incidents involving only potential and not actual contamination. However, at this critical time, the decision has far-reaching implications for food companies, experienced PCI brokers and PCI insurers.

The U.S. Food and Drug Administration Food Safety Modernization Act critically impacts the supply chains that provide 80 percent of the food consumed in the United States. The first and most significant regulations addressing Preventive Controls for Human Food and Animal Food will be issued on Aug. 30, 2015. Additional regulations addressing all aspects of the food industry under the U.S. Food and Drug Administration’s jurisdiction will be issued over the course of the following months. The companies that provide the vast majority of food to U.S. consumers will have one year to implement and complete overhauls to their operations so they are in line with the new regulations. The issuance and enforcement of these regulations will be a watershed event not only for the food industry but also for PCI brokers and insurers.

PCI was initially developed to fill the gaps in the standard insurance portfolio with respect to product contamination and recall crisis events. General liability and property policies, the policies usually found in a company’s standard portfolio, either do not provide coverage or provide minimal coverage for costs involved with a product recall crisis event and the economic costs and loss of profit involved can be catastrophic.

Many companies are unprepared and unable to survive product contamination crisis events and the number of companies involved in these events will increase significantly once the new regulations come online.

More importantly and critical to the majority of food companies, PCI policies offer a panel of experts to midand small-cap companies, which could not otherwise afford the expertise necessary to survive a recall crisis event. PCI policies provide an insured with a hotline number to a panel of experts, including public relations, government agency relations, marketing specialists, scientists, supply chain specialists and lawyers, who can parachute in and provide critical assistance during a crisis event. Additionally and significantly in regard to the issuance of the new regulations, the panel of experts can be used before a crisis occurs to assist companies with the overhaul of their operations. Under most PCI policies, these expert or crisis consultant costs are offered outside of the policy’s limits.

The Windsor Food decisions come as food companies and PCI brokers and insurers prepare for the regulatory watershed event and PCI wordings are being reviewed in the context of potential contamination claims. While government recall and adverse publicity coverages are listed among the coverages that have expanded standard PCI offerings, wordings are also being examined to clarify what events are covered under PCI policies. Food companies must discuss with experienced PCI brokers and underwriters which wordings and coverage offerings best suit their operations based on their position in the industry and their place on respective supply chains.

Ultimately, the most important question a risk manager will ask is, why does my company, which excels at quality assurance, need PCI? The answer is simple. The food regulatory environment is literally going through a climate change the like of which has not been seen for nearly a century. We have already witnessed increased regulatory activity as the number of recalls announced on governmental food agencies’ websites has significantly grown since FSMA’s passage and many of the listed companies are the best in the business.

On Aug. 30, 2015, new regulations will commence the overhaul of the food industry and, more importantly, the operations of every affected company. In preparation for this hostile regulatory environment, companies up and down supply chains will seek additional assurances in the event of a product contamination or recall crisis event. Standard insurance portfolios will provide neither sufficient protection nor the necessary expertise to assure survival in a crisis event.

Under the new regulations, food companies will find an increasingly hostile regulatory environment and will need to enhance standard insurance portfolios. Based on the size of the company, the area of the industry in which it operates and its place on the supply chain, each company will need to consider different PCI policy wordings and coverages. They should engage PCI-experienced brokers and underwriters to assist with the emerging regulatory risks.

Jessica Collier is an associate in Wilson Elser’s Denver office.

This article is for general information purposes and is not intended to be and should not be taken as legal advice.

Jessica Collier represents clients in complex first and third party claims. She has handled all aspects of insurance coverage and defense matters and litigated matters in state and federal courts. Jessica handles international and domestic insurance coverage matters with a focus on product recall and food contamination crisis management, construction defect, and professional liability matters. She has participated in numerous jury trials and brought cases to successful resolution for the companies she represents. Jessica also focuses her practice on employment practices liability, representing employers in claims before the Equal Employment Opportunity Commission and in state and federal courts. She has handled employment discrimination, retaliation, wrongful termination, harassment, and wage and hour claims for her clients. Jessica is a former member of the board of directors of the Colorado Defense Lawyers Association, where she served as the chair of the Employment Law and Young Lawyer committees. 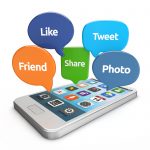 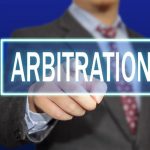