Comparison of the Discovery Process in Civil Litigation in the U.S. and Germany – An Introduction

Comparison of the Discovery Process in Civil Litigation in the U.S. and Germany – An Introduction

In light of the growth of border-crossing commerce and rapid development of international business relations, international law is becoming a more and more important part of the structure of our growing global society.  This article focuses on the law of civil procedure in different jurisdictions, with specific focus on the United States (California) and German legal systems.  While the initiation of a lawsuit is similar in both countries, there are significant differences in the civil litigation discovery process (the trial will be addressed in a subsequent article).

After the complaint has been served, the defendant must file a written responsive pleading, for example an answer.  The consequence of failing to file a responsive pleading is severe and includes the entering of a default judgment.

In California, a defendant has a number of ways how to respond to a complaint: he/she can file an answer, a demurrer, a motion to strike, a motion for judgment on the pleadings, or a motion to dismiss.  With an answer, a defendant asserts the denials or affirmative defenses necessary to controvert the material allegations of the complaint.  The answer has to be filed within 30 days after the service of the complaint.  Alternatively, the defendant can attack the complaint with a demurrer.  The demurrer can be a pleading or a motion, used by the defendant to dismiss the case because the plaintiff does not properly state a cause of action in the complaint.  It also has to be filed within 30 days after service of the complaint.  A motion to strike can be used to attack the pleading, in its entirety or in part, by striking irrelevant, false, or improper matters.  As with the demurrer, the motion to strike has to be filed within 30 days after service of the complaint.  If the court grants the motion, the challenged material is eliminated from the pleading but usually the Plaintiff will get another chance to amend the complaint and fix the defect.  A motion for judgment on the pleadings has the same function as a general demurrer but is made after the time for demurrer has expired and can be made until 30 days before the initial trial date.  A motion to dismiss can only be used on specified grounds, including nonjoinder of necessary parties and delay in service of summons or prosecution of the action.

In contrast, in Germany, a defendant’s only option to respond to a complaint is to file an answer.  Similarly to California, the defendant can use the answer to state his/her defenses, deny or admit any facts stated in the complaint and bring forward any procedural deficits of the complaint.  The defendant has at least two weeks to file his/her answer.  The court exercises its own discretion to set a due date for the filing of the answer depending on the nature and difficulty of the case and notifies the defendant of said deadline when it serves him/her with the complaint.

Once a lawsuit is pending, the discovery process begins.  While the tools of discovery are similar in both jurisdictions, it is exercised in very different ways.  In Germany, the judge or panel of judges investigate the facts and render the decision of a case.  The United States puts the power of discovery into the hands of the lawyers.  The lawyers investigate the facts and present their case to a jury (unless a jury trial is waved).

In German discovery practice, pretrial discovery is virtually non-existent.  Once the court receives a complaint, it is left with two options: it can either set a preliminary hearing during which the parties with counsel are present and state the facts and issues of the case, or, in complex matters, order the parties to submit comprehensive briefs explaining their positions before a hearing date (comparable to a trial).  The briefs are used to identify evidence supporting the parties’ facts and arguments.  However, it is in the court’s discretion which pieces of evidence it will consider before entering a judgment and does not do so until the actual hearing date.  In some cases, the briefs submitted by the parties may be sufficient for a judge to enter a judgment without a hearing all together.  In other cases, the judge will decide which evidence the parties shall offer at trial and orders witnesses to testify at the day of the hearing.  In sum, the courts in Germany conduct the discovery after an issue is addressed by the parties, unlike in the United States.

In the United States, the parties have the following tools to conduct pre-trial discovery:

Written discovery can consist of interrogatories, requests for admission and requests for production of documents.

Requests for admission can be used to request another party to admit or deny the truth of relevant facts or the genuineness of documents.  The responses have to be in writing and need to be verified.  If the other party admits the truth of the information sought, the issues will not have to be proved at trial.  Should the other party fail to respond, the propounding party may move for an order that the truth of the matters specified in the request or the genuineness of the documents be deemed admitted.  Again, a party is limited to 35 requests, unless it provides a declaration stating why more interrogatories are necessary.

Requests for production of documents can be used by either party to obtain documents reasonably calculated to lead to the discovery of admissible evidence from the opposing party.  As with all other written discovery, the responses have to be in writing and verified.  Another way of obtaining documents is by way of a subpoena.  A subpoena is an order to give evidence or testimony which is backed by the court’s power of contempt.  Subpoenas can be used to obtain a party’s medical records, employment records, records pertaining to prior claims, and lots of other things.  Unlike interrogatories and requests for admission, there is no limit to the number of demands that can be served.

The taking of depositions is a very common tool that enables one party’s attorney to conduct a court-like oral examination of the party or a witness under oath outside of the court.  Depositions are transcribed by a court reporter who administers the oath of the deponent, and depositions are more efficient than interrogatories because they allow the examiner to pursue subjects that the deponent addresses in a response or to ask follow-up questions.  The spontaneity of the deposition setting often reveals weaknesses or inconsistencies.  In addition, a party’s deposition presents a good opportunity to evaluate the demeanor and credibility in the party’s case as well as in the witnesses.

In contrast, depositions in Germany are conducted by the judge or the panel of judges and only during trial.  As a matter of fact, the court will order the witnesses it intends to hear on a particular issue to appear to testify at trial and will also decide if a party will be called to testify.  This being said, no parties or witnesses are asked to testify until the time of trial.

As part of discovery process in both countries, specialized experts can be used to deal with particular issues of a case.

In the United States, each party can retain the desired expert witness(es) as long as they are qualified.  An expert must have sufficient education, knowledge, skill, experience, on the job training or other training to qualify.  Expert witnesses are often asked to prepare a report with their findings and opinions and testify at trial.

In contrast, in Germany the judge will appoint an expert witness that is deemed to be necessary to render an opinion as to a specific issue in a case.  In the event a party disagrees with the expert’s opinion, the court is required to obtain a second expert opinion.  In certain circumstances, a party may obtain and submit a privately obtained expert opinion.  The court must then review the expert opinions submitted by a party but cannot rely on it in rendering his/her decision unless both parties agree to it.

In the United States, each party can demand to inspect documents, tangible or intangible things and land relevant to the subject matter.  The inspection is not limited to visual inspection of a document, item or land, but can also consist of testing and sampling, etc.  Demands for inspections can be made until 30 days before trial.   Supplemental demands may be served twice prior to the initial setting of a trial date, and subject to the discovery cut-off date once after the initial setting of a trial date.  Inspections are a good tool to obtain further information, to measure, survey, photograph, sample or test the documents, items or land.

Similarly, inspections of documents, tangible or intangible things, and land are allowed in Germany.  They can be initiated by the presiding judge or be requested by a party and are conducted by the judge.  If needed, the judge can appoint an expert witness to assist in the inspection.

In conclusion, the judge or the panel of judges plays the active part in the German legal system by investigating the facts.  They determine the admissible and needed oral testimony and/or evidence, because it ultimately renders the decision.  In the United States, the parties investigate the facts before trial and the attorneys present their case to the jury which ultimately renders a verdict.  The judge merely observes, functions as a referee and upholds the law. 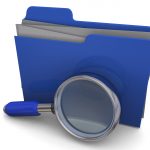 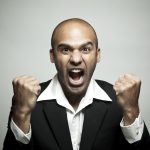