Contempt Is Nothing to Sneer At

Contempt Is Nothing to Sneer At

Contempt remedies can be a useful tool to compel compliance with a court order, whether it be to produce certain documents, appear for a deposition, or otherwise comply with a valid and enforceable court order. The common understanding of the remedy is that courts and litigants use it to coerce noncompliant parties and nonparties to do that which they are supposed to do under the court’s orders. Such coercive actions by the court can range from a per diem fine for every day of noncompliance to revocation of a corporate charter, and, in the most extreme cases, to incarceration until full compliance is had. However, litigants and their lawyers often fail to see the potential of contempt as mechanism to cut short a litigation and obtain the ultimate remedy that is sought.

Once a finding of contempt is made by the court, it has broad discretion to act not only coercively to enforce the order, but to place the aggrieved party in the same position they would have occupied but for the failure of compliance by the contemptuous actor. This is a remarkably powerful tool. For instance, if a party is required to comply with a certain request for documents, the attorney might consider the ultimate intention or use that the documents intended to serve. Would the documents have likely proven liability? If so, perhaps a persuasive argument to the court that failure to comply with an order to provide such documents should be met with a ruling in your client’s favor for liability. Would the documents have been used to establish a valuation for the company? If so, perhaps the appropriate remedy would be that you receive a more lenient standard on the manner and methods in which you prove damage. Would the order have securitized a judgment for you by requiring a township to perform a certain action that would raise the capital to fund a judgment in the event an appeal is granted? If so, perhaps your clients are best served by seeking to have an escrow account mandated with the funds deposited into it. Would receiving certain books and records permit you to prove the value of an enterprise and exit in an efficient public market? Perhaps you should compel the company that has not provided you the documents to repurchase the shares from you at fair value — providing you the same exit you would have otherwise had through arm’s-length market transactions where the information withheld is available.

We regularly consider the potential to use contempt not just as a mechanism to enforce the underlying order but to advance our client’s interest. After all, simply seeking to coerce compliance costs money and takes time to get what you should have already had in the first place. If you are going to pursue contempt, the best use of those legal dollars and muscle may well be to push past what you had been seeking in the short term (e.g., documents) and get to what you were really after (e.g., a finding of liability, remedies, damages or security). 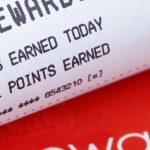 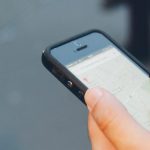