Today the U.S. Department of Labor (DOL) formally announced its Final Rule which more than doubles the minimum salary threshold for “executive,” “administrative,” and “professional,” employees to qualify as exempt from overtime pay under the Fair Labor Standards Act (FLSA).

The DOL estimates that the Final Rule, which will become effective on December 1, 2016, will extend overtime pay eligibility to 4.2 million workers and result in $1.2 billion a year in additional wages paid to employees. The DOL also estimates that this will make 35 percent of full-time salaried workers automatically entitled to overtime based on salary alone (up from an estimated 7 percent currently).

KEY PROVISIONS OF THE FINAL RULE

The Final Rule also applies to the computer professional exemption, raising the hourly rate to $27.63 per hour. In addition, the new minimum salary threshold will be used to test whether employees are being paid a sufficient amount if they are being paid on a “fee basis.”

IMPLEMENTATION OF THE FINAL RULE

As the DOL notes, “employers have a wide range of options for responding to the changes in the salary level,” and likely will employ many different strategies throughout their workforces to comply with the Final Rule.

Employers should consider the impact of the Final Rule generally, assessing its impact not only on individual employees and departments but more broadly looking at its effect on workflow and business operations.

For organizations that have a significant number of exempt employees currently earning less than $913 per week, compliance with the Final Rule will potentially have ripple effects throughout the organization, impacting the work of both exempt and non-exempt employees. The Final Rule also may well have the unintended consequence of creating salary compression at the lowest rungs of the exempt workforce and while at the same time creating an increased workload for the remaining exempt workforce.

Implementation of the DOL’s Final Rule for many organizations will be labor intensive, requiring the coordinated efforts of leaders from legal, employee relations, finance, and operations. Messaging to employees regarding any changes also will be important. Given the December 1, 2016, effective date of the Final Rule, employers should analyze the associated impact on their businesses and make modifications in order to comply.

Disclaimer: this article does not offer specific legal advice, nor does it create an attorney-client relationship. You should not reach any legal conclusions based on the information contained in this E-Flash without first seeking the advice of counsel. 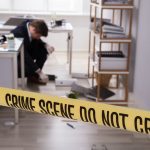