Ebola Examined: The History of a Viral Scourge

Ebola Examined: The History of a Viral Scourge

In 2014, we’ve seen epidemics and pandemics portrayed extensively in film and theorized about in mass media. Despite the low fatality rates associated with real-life outbreaks like modern-day H1N1, pandemics are typically portrayed as diseases with a devastating fatality rate. Just when we’re ready to chalk up the exceptionally high body counts of the plagues in Contagion and 24 Days Later to sensationalism, a viral specter from our recent past has reappeared in force.

Ebola has reclaimed headlines this summer; the infamous pestilence is sowing turmoil and death in the West African countries of Guinea, Liberia, and Sierra Leone. Characterized by especially painful symptoms and fatality rates up to ninety percent, the Ebola virus disease (EVD) has no known cure, recalling the dark days of the 1918 flu pandemic and the Black Death.

This filo-virus is spread when a human comes into contact with bodily fluids from an infected human or animal (most commonly a monkey or bat). Symptoms consist of severe manifestations of flu-like symptoms followed by agitation of the central nervous system, which can lead to seizures and coma. Many infected people also bleed from mucous membranes and puncture sites. Death occurs due to septic shock.

Travelers can keep a close eye on the status of Ebola outbreaks by subscribing to ProMED Mail, an internet-based early-warning system for outbreaks of emerging and re-emerging diseases. Also, companies like FrontierMEDEX offer customized travel health packages that include pre-deployment travel information and advice, first aid kits, and bite prevention packs. This is especially recommended for those visiting sub-Saharan Africa in the months ahead. 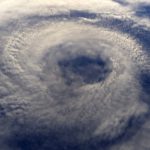 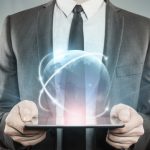