Fifteen Years On, Where Do We Stand?

Fifteen Years On, Where Do We Stand?

With the fifteenth anniversary of the 9/11 attacks commemorated a few days ago, we thought it would be appropriate to take the pulse of where we were in the immediate aftermath of those horrible events and where we are now. Are Americans safer? Is the world in general safer? Has the threat of terror attacks decreased, increased or remained the same? What groups, associations or individuals pose the most serious threat and what are we doing to address them? Finally, what are the mid and long-range prospects for dealing with terror threats?

In the immediate aftermath of the attacks, as we know, we experienced a radical change in the way we live our daily lives in the US and many parts of the world. When airports finally reopened for commercial flights, the security delays were quite long, random checks were instituted and quickly became a routine aspect of security protocols. Armed, uniformed US military patrolled the interior and K-9 units at times were visible. We became accustomed to the requirement to produce a government-issued ID at check-in and at times at boarding. Airport workers were required to obtain new employment IDs and background checks of new hires are now required. Intrusion-proof cabin doors on aircraft were installed or existing doors were retrofitted. Flight crews were trained on how to physically restrain passengers and armed pilots and air marshals were scheduled on many routes. Other protocols, both in flight and at airports, have been instituted, many of which are and should remain hidden from the public at large.

An attack like those on 9/11 has not been repeated and as expected, the threat has evolved. This evolution is a direct result of the war in Afghanistan, the war in Iraq and the hardening of the air transportation sector. More than any other factor, we consider both armed conflicts to be the principle cause of this evolving threat.

The NATO led war in Afghanistan partitioned the country into zones of tribal and government influence, strengthened and weakened internal alliances and eventually ended in the establishment of a much more stable, marginally secular, central government with control over its territory. Although NATO countries suffered significant losses in Afghanistan, its main objective of destroying Al Qaeda, including its safe havens and infrastructure, was largely accomplished. The government of Pakistan, long accused of turning a blind eye to the organization’s presence, was caught with its pants down when the US tracked Osama Bin Laden to a remote village and executed him. Since that time, the Islamabad government has increased its vigilance to the degree that it can, spurred into action occasionally by devastating attacks on its troops and police officers.

Although Al Qaeda remains a threat, it is deemed no longer capable of planning and executing a September 11 style attack. It has gone from a vertical hierarchy with integrated command and control to a decentralized, horizontal organization. The group does maintain its influence throughout the region, whether in isolated groups of Al Qaeda adherents or through new franchise formations, such as Al Shabaab, Al Qaeda in the Islamic Maghreb or Isis. These groups might have coordinated some operations with Al Qaeda central, but with the passage of time and destruction of the AQ core, their autonomy has increased. Intelligence suggests that they seek and receive little guidance from what was once the world’s most feared terrorist group. Still, these dynamic groups are inspired by the Al Qaeda ideology to a degree, although AQ never had the puritanical religious fervor of Isis.

Although core Al Qaeda is all but destroyed, and Afghanistan is on the road to full sovereignty, the war in Iraq was an unmitigated disaster and its repercussions will be felt for decades. We will not re-litigate the conflict here, but we will discuss how both the wars-Iraq and Afghanistan-have contributed to shaping the global terrorist threat.

Like swatting a beehive, the war in Iraq took an already agitated population and caused it to disperse to far-flung regions and lands. A great Iraqi diaspora was founded, one which surpassed in numbers and in sheer desperation the expat population that grew over the decades of Saddam Hussein’s rule. This time however, their homeland was invaded by foreign powers operating under false pretense. Although at the beginning of the conflict invading forces were greeted as liberators, this attitude quickly changed as the Iraqi population witnessed war crimes, torture, CIA-sponsored sexual assault and humiliation of prisoners and up to 200,000 of its own citizens killed. The fighting was fierce and the fallout significant in a war that lasted nearly seven years.

How have these armed conflicts caused the terrorism threat to evolve?

The complexity of today’s terrorist threat stands in juxtaposition to the easily understood and predictable consequences of the two wars. On one hand, Afghanistan is reasonably stable and its government enjoys widespread international support. As alluded to earlier in this article, the Al Qaeda safe havens are gone and remnants of the organization are largely isolated or otherwise marginalized. Although challenges remain, Kabul has assumed the informal role of regional peacekeeper, at least when it can wrest some time away from the non-stop attention it must pay to an impoverished population. Great strides however have been made in education, health care, women’s rights and the rights of minorities.

But Iraq, sadly, is a devastated war zone with an authoritarian-like government resentful of the United States and wary of its intentions. Any wonder? Its population bears the scars of war and its pockmarked cities and towns will take a decade or more to rebuild. Iraqis have little incentive to cooperate in Western terrorist eradication campaigns as they feel shortchanged, lied to and stripped of their identity after decades of Saddam Hussein, followed by a brutal war that wiped out entire families and villages. The government’s counterterrorism efforts are often conceived and implemented on a reactive basis and at times are counterproductive to Western efforts.

That is the backdrop. Yes, the threat has evolved significantly since 09/11 but remains critical. The players have also changed. With Al Qaeda on the run and the entire region destabilized, radicalized individuals-some of whom adhere to proxy groups and some who act independently-have emerged to fill the void. It is an asymmetric threat if there ever was one and therefore requires unconventional means to address it.

Next Month: How does this new threat manifest itself? How is it best addressed?

Security Strategies Today provides on site threat and vulnerability assessments, as well as training in crisis management and business continuity. 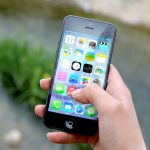 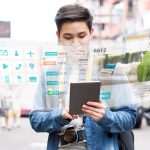