Forces Attacking Restaurant & Bar Profits (and how the industry can fight back!)

Forces Attacking Restaurant & Bar Profits (and how the industry can fight back!)

Third-party delivery, streaming video, meal-prep kits, and other market disruptors are changing the face of the food and beverage industry as we’ve known it.

This paper will examine current market forces that are cutting into F&B profits, whether at restaurants, bars, or hotels, and provide important insights to keep guests coming back (and spending money).

Aggressive market forces are nothing new.

In July 2007, Technomic forecast “tough economic times ahead for same-store sales.”1 As reported by Nation’s Restaurant News on July 9, 2007, “Inflating commodity prices, a slowing gross domestic product, skyrocketing fuel costs and a weak dollar” were predicted to take a toll on food and beverage sales nationwide.

Experts identified opportunities for growth, however, noting, “The growing number of consumers under 35 in particular presents opportunities for targeted marketing,” suggesting further that “they are not cooking, so they will be very heavy restaurant users.”

Convenience (e.g. curbside pickup), variety, healthy options, corporate social responsibility, and value were all identified as being important to guests.

But neither Technomic nor NRN really knew what was coming. The article referenced above was published:

The advent of smartphones allowed guests to view restaurant webpages and menus online while away from their desktop computers, requiring restaurants to augment their web-based presences (and keep them updated). Netflix (and other streaming services), combined with the affordability of extremely large TVs, provided an alternative entertainment source beyond traditional network television and cable, effectively keeping guests at home, opting to Netflix & Chill (or even watch TV).The popularity of smartphone apps led to the availability of platforms for instantaneous verbal vomitus via Yelp, TripAdvisor, and other online rating services. The Great Recession affected consumer spending in ways never predicted by the economic indicators.

Almost a dozen years after the above-referenced NRN article, the restaurant and bar industry faces new and insidious challenges to profits. Like 2007, however, the industry will rise above them, finding new ways to innovate and elevate the guest experience.

Smartphone apps continue to pose a threat,and have led to a meteoric rise in the popularity of food delivery services, resulting in significant encroachments into restaurant profits. The food delivery segment, with revenue of approximately $19B predicted for 2019, is predicted to grow to $24B by 2023, according to analytics firm Statista, though Morgan Stanley predicts that a whopping 40% of all restaurant sales will be via delivery, in the amount of approximately $220B. With costs to delivery services ranging from 15-30%, restaurants will face a significant hit in the event things continue along the current path.2

Food inflation continues to be a factor, as more families look to cook at home.The rise of delivered meal-prep kits (a la Blue Apron,etc.), where customers receive all the ingredients of a meal, plus a recipe, has people “cooking” away. Moreover, stores like Whole Foods and Central Market, which offer not only prepared meals for takeaway (at a significantly lower internal cost than what it costs a restaurant), but also wine bars, beer stations, happy hours, and customer events in an effort to increase guest spending beyond commodity groceries.

The most drastic market force facing restaurants and bars continues to be an incredibly tight labor market, driven by record low unemployment rates. This, coupled with organized labor’s pursuit of a national $15 minimum wage, presents a significant risk to the bottom line.

Finally, non-traditional market disruption is encroaching from market entrants such as Tesla Motors, which has announced its intention to include food and beverage venues in its charging stations. As in 2007, operators must always be on the lookout for potential threats to their ability to put guests in seats.

Getting guests in seats (and making sure they return) has always been the challenge. These days, however, since guests have so many other choices (most of which were nonexistent a decade ago), the restaurant has become a place they look for experiences they cannot get elsewhere. That might include specialized techniques like smoking, the use of specialty ingredients/flavors that are unfamiliar but appeal to evolving palates (Alabama white sauce,West African spices, etc.), featuring plant-based proteins,and/or providing flights, tastingmenus, etc. (home cooks do not routinely cook the same item multiple ways at the same sitting).

The restaurant and bar industry will continue to evolve, meet market challenges, and maintain its status as the second-largest private-sector economic force in the U.S.economy. But the tactics of just a few years ago are no longer good enough, and operators must adapt, react,and continue to innovate as the vortex of challenges continually swirls about them.

Mr. Denney's practice encompasses both corporate transactions and business litigation. Prior to forming the firm in early 2007, David practiced with Vial, Hamilton, Koch &amp; Knox, LLP, where he was a member of the Litigation and Corporate Transaction Practice Groups, and where he later founded and chaired the Food, Beverage and Hospitality Practice Group. David frequently speaks across the country on legal issues facing the restaurant, bar and hospitality industries. 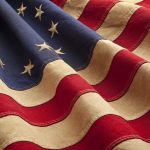 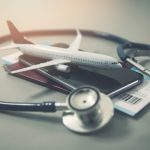