In recent years a sizeable amount of time and effort has been put into developing menu labeling laws.  The impetus for such laws stems from the fact that more and more Americans are eating away from home, and portion sizes are becoming larger and more caloric.  This pattern of food consumption is believed to be one of the leading causes of obesity and overall poor health of Americans. The theory behind menu labeling laws is that consumers who have access to complete nutritional information will make healthier choices and improve the overall health of the nation. Some recent studies tend to show other more effective ways to effect unhealthy eating behaviors, but regulators continue to believe menu labeling laws are the way to go.

Regardless, sooner or later the time has come for qualifying restaurants to start complying with the new federal menu labeling laws.  With all the anticipation surrounding the release of rules by the US Food and Drug Administration (FDA), restaurants and hospitality companies remain curious about the impact of this law and the swarm of other state and local laws regulating the disclosure of nutrition information to their guests.  The “Patient Protection and Affordable Care Act” (Affordable Care Act), referred to colloquially as “ObamaCare,” contains, buried deep within it, Section 4205, “Nutrition Labeling of Standard Menu Items at Chain Restaurants and Articles of Food Sold from Vending Machines.”  This is the first nation-wide menu labeling law that will hopefully consolidate the compliance requirements for restaurants operating in multiple states.  However, the FDA has recently stated that writing the necessary rules for compliance with the Affordable Care Act “has gotten extremely thorny.”  According to the FDA, “there are very, very strong opinions and powerful voices both on the consumer and public health side and on the industry side.”  These “opinions and powerful voices” (aka lobbyists) are apparently making implementation of the Affordable Care Act a most challenging issue for the FDA.

With all the activity and confusion surrounding menu-labeling laws, smaller restaurants at least now have a choice:  comply with the host of state and local rules, or opt to comply with the provisions of the Affordable Care Act under the federal preemption measure.  This article will provide an update on the current status of menu labeling laws throughout the U.S.

Due to growing concerns about the public health of our nation, legislators at the local, state and federal level have enacted laws and regulations requiring the disclosure of certain information about the nutritional content of the foods served at restaurants with the intention of providing consumers with the ability to make informed decisions about their food choices, and ultimately to improve the health of the citizenry.

The FDA has had regulatory authority over food labeling since the inception of its predecessor, the Board of Food and Drug Inspection, in 1907. In 1938, Congress enacted the Federal Food Drug and Cosmetic Act (FFDCA) with the purpose of regulating food labels in order to protect the consuming public from false advertising, misbranding and adulterated foods.[1]  In 1990, with scientific advancements in analysis of foods and nutritional content, Congress passed the Nutrition Labeling and Education Act (NLEA). The NLEA amended the FFDCA by requiring food labels to contain accurate nutritional information on all food products under FDA authority. However, until recently, restaurants were exempt from complying with this federal food labeling and disclosure law.

The NLEA also includes, under Section (q), a mandate that any “claims” about food be accurate.[2]  “Claims” include statements such as “high in fiber” or “low in sodium.”[3]  These are voluntary statements that food purveyors may make regarding the nutrient content of their foods.  With regard to “claims” about food, restaurants are not exempt from and must comply with Section (q) of the NLEA.  However, until 2010, there were no federal laws regulating or requiring the disclosure of nutrition information by restaurants.  The absence of a unified national law regarding menu labeling led some states and municipalities to begin enacting their own legislation.

In 2008, perceiving a growing concern about public health and without a solid menu labeling mandate from the federal government, a handful of states began enacting their own menu labeling legislation.

California became the first state to enact state-wide legislation requiring disclosure of nutrients on menus.  In 2009, Maine, Oregon and Massachusetts followed California’s lead and enacted very similar menu labeling legislation.  As of April of 2013, six states, including New Jersey and Tennessee, have enacted menu labeling laws and several other states have laws under consideration.  Many of the laws have similar features, but all of them vary to some degree making compliance a difficult task for hospitality companies or restaurants in multiple states.

Recently, California amended its Health and Safety Code to conform to the Affordable Care Act provisions related to menu labeling.[4]  Thus, covered restaurants must disclose calorie information for standard menu items clearly and prominently on menus and menu boards, including drive-through boards, and a succinct statement regarding the suggested daily caloric intake.  In addition, the following provisions apply:

Many of the other states with menu labeling laws have similar provisions to California. However, even slight differences can make compliance difficult for multi-state restaurants. To complicate things even more, many cities and local governments without state-wide menu labeling laws began enacting their own rules.

As with state governments, local jurisdictions (cities and counties) have an interest in improving the health of their citizens. Some of the largest restaurant markets in the U.S. are metropolitan cities such as New York, Dallas, Seattle and Chicago. Many of these markets are subject to menu labeling laws enacted by cities and counties.  In 2006, New York City became the first jurisdiction in the U.S. to enact menu labeling laws.  Since then, Philadelphia and Nashville have enacted similar laws at the city level and Seattle and Portland have enacted laws via their respective counties.

Lawsuits have attempted to challenge the constitutionality of local menu labeling laws without much success. For example, in 2006, New York City enacted a local menu-labeling law under New York Health and Safety Code (Section 81.50) requiring disclosure of nutrition information on menus in restaurants that already voluntarily offer such information somewhere other than on menus (e.g. websites or pamphlets).[5]  In addition, if the calorie information for a particular dish was available as of March 2007, the restaurant was required to list this information on its menu and menu boards next to the relevant food items.  After losing a court battle on the issue of federal preemption under the NLEA, New York City Board of Health revised their law to require all restaurants within the City of New York that are part of a group of fifteen or more “chain” restaurants doing business nationally to display calorie content on their menus and menu boards. More litigation ensued on the issue of federal preemption and free speech but the Second Circuit upheld New York City’s revised menu-labeling law.[6]

In addition to these disclosure rules, the Affordable Care Act contains an amendment to Section 403A of the FFDCA that attempts to standardize menu-labeling by preempting state and local laws. Under the Supremacy Clause of the United States Constitution[10], state laws that conflict with federal laws have no effect.[11]  Under Section 4205 of the Affordable Care Act, State and local rules governing menu labeling cannot directly or indirectly impose any nutrition labeling requirements on restaurants covered by the Affordable Care Act that are not identical to requirements imposed by this Section.[12] In other words, Covered Restaurants do not have to comply with State or local menu-labeling laws unless they are identical to the federal requirements. Importantly, restaurants that are not Covered Restaurants, because they lack twenty units, may elect to participate in the federal regulatory program by registering with the FDA every other year. Doing so will cause them to become subject to the federal menu-labeling regulations, but not State or local menu-labeling regulations.

Having the choice to participate in the federal regulatory program could be of great benefit to smaller restaurants.  But it is important to compare local requirements against the federal requirements to determine the best pathway to compliance.  Below is an example of a fictional company and an analysis of its compliance options.

ABC Burger Company is a Texas-based restaurant operator that runs hamburger restaurants within the United States.  Currently, ABC has restaurants located in Texas, New York and Oklahoma with a total of fourteen restaurants.  Plans are in place to open new restaurants in Philadelphia, Pennsylvania, Seattle, Washington, and Nashville, Tennessee.  When all of the announced restaurants have opened, ABC will have a total count of twenty-five  restaurants nationwide.  All of these restaurants are going to be operated under the same trade-name of ABC Burger Company and offer basically the same menu items.

Under New York City’s menu-labeling regulation, ABC is also exempt from compliance.  With only fourteen (14) units, ABC would be one restaurant short of the minimum requirement. However, as more and more restaurants are opened by ABC, it will become necessary to either comply with the FFDCA (on a voluntary basis at first, and then under its mandate when ABC becomes a Covered Restaurant), or comply with New York’s Section 81.50 until ABC reaches twenty units requiring compliance with the FFDCA.

If ABC elects to participate exclusively in the federal regulatory program it will need to begin (a) disclosing the number of calories in each standard menu item on menus and menu boards; (b) providing written nutrition information to consumers upon request; (c) providing a clear and conspicuous statement about the availability of such information on menus and menu boards; and (d) for self-service food, providing calories per serving information on a display adjacent to each food item.  In addition, ABC will need to register bi-annually with the FDA until reaching twenty (20) units.

Although the FDA has announced that these disclosure requirements are effective immediately, it is not clear when enforcement of the FFDCA will begin since.  Though the FDA is still developing final guidance on implementation of the FFDCA, it has stated that it will give restaurants time to comply before it begins enforcement.

While many startup restaurants are not currently large enough to be within the regulatory framework of their local menu labeling rules or the Affordable Care Act.  Restaurants with twenty or more locations should start obtaining nutritional information for standard menu items.  It will not be much longer before the FDA figures out how to appease the lobbyists, as well as comply with the mandate to create rules regarding the (now three-year-old) menu labeling law. Once that happens the FDA has promised to start enforcing the menu labeling portion of the Affordable Care Act.  For restaurants with fifteen to twenty locations, it would be wise to check with local governmental authorities or a food and beverage attorney to determine whether there are menu labeling laws affecting your existing restaurants (or those in your growth plan).  If so, you can choose to register with the FDA and comply with a unified, national menu labeling law, or take your chances complying with your local rule.  Either way, unless you are a small restaurant and hope to remain so forever, the days of stuffing your standard menu items with calories and salt are behind us, and the new era of full disclosure and transparency has begun.

Previously published in the September issue of Restaurant Startup and Growth Magazine.

Mr. Denney's practice encompasses both corporate transactions and business litigation. Prior to forming the firm in early 2007, David practiced with Vial, Hamilton, Koch &amp; Knox, LLP, where he was a member of the Litigation and Corporate Transaction Practice Groups, and where he later founded and chaired the Food, Beverage and Hospitality Practice Group. David frequently speaks across the country on legal issues facing the restaurant, bar and hospitality industries.

Welcome to the Jungle: Negotiating Restaurant & Bar Leases With Landlords Who Just Don’t Get Hospitality June 14, 2018
The Most Easily-Remedied Mistakes F&B Employers May Not Know They Are Making July 21, 2018
Forces Attacking Restaurant & Bar Profits (and how the industry can fight back!) July 25, 2019 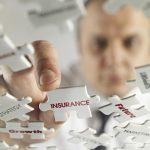 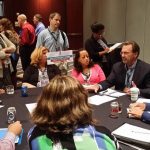