Grooming, Recruiting and Taking the Bait: The Road to Radicalization, Part II

Grooming, Recruiting and Taking the Bait: The Road to Radicalization, Part II

Second of a Fictional Series (Click here for Part I)

The TGV or Train a Grande Vitesse, the ultra-high speed star of France’s national railroad system, SCNF, had pulled into berth 17 at the Marseille-Saint Charles station, simmering down after its nearly four hour trek from Paris.  Out of an economy class car steps Mahibah, a 24-year old hair stylist who makes her living in a small salon in the gritty Paris neighborhood of Mantes-La-Jolie.  Pulling her overnight carry-on size suitcase with one hand and holding a small box of rich almond-filledhalawiaat in the other, Mahibah is met by her aunt, Hadil, and Hadil’s daughter, 20-year old Hela.

The three exchange pleasantries and hop into a waiting taxi for the short ride to her relatives’ small apartment, located in a multi-story, dilapidated apartment building along the city’s port, one of the busiest in Europe.  There, she hugs her much-loved and respected cousin, Karim, the 22 year-old fledgling architecture student who makes ends meet by cleaning fish and hauling ice at a nearby fishmonger, or poissonnerie.

Karim is down on his luck.  He can no longer afford the tuition to continue his studies at the local university and he could never make ends meet on his own.  His Arabic-accented French will get him nowhere in the search for a better job in Marseille.  Between generalized suspicion of Muslims among the native French population and the already sky-high unemployment rate, France has become inhospitable for him.  So he has accepted an on-line offer to assist for a 90-day period in a Saudi government sponsored relief agency on the outskirts of Aleppo, Syria’s second city.  He will be leaving in a few days and will be accompanied by Yesmine, his girlfriend for more than a year now.

What Karim knows but does not tell his relatives is that the relief agency is ideologically linked to the Syrian opposition and its workers are expected to undergo a period of arms and combat-style training, “just in case” its headquarters or personnel are ambushed by the Syrian government’s armed forces.  Yesmine is aware of it, as she was the one who alerted Karim to the opportunity and spoke about the group with a volunteer friend who returned recently.  They spoke about the rewards and risks: Is it ISIS?  No, the friend did not think so.  What about an Al-Qaeda link?  Not sure, but he did work with young men who spoke Arabic with a Gulf accent and others who spoke only Somali and a few basic phrases in English.  What about the extent of relief work?  Not too well organized and spotty, he admitted, but still rewarding.

Convinced that the good they could do for suffering Syrians outweighed the risk of being caught up in conflict, Karim and Yesmine head out.  They use their French passports to facilitate their passage through security at the airport, en route to Tunis, where they can connect to one of the few remaining commercial flights to Damascus.

It is not long before they arrive at the organization’s camp, an abandoned middle school on the outskirts of the city, with blown out windows and intermittent electrical service.  They are each provided with clean bed linens and a copy of an English-language Quran, complete with a printed version of sermons given by Anjem Choudary, the Islamist preacher arrested last month by UK authorities.

And so begins the journey of two young Western Muslims on what could end up being a one-way trip to radicalization.  With little money, no real prospects for decent employment and living on the margins of society, Karim and Yesmine are taking a chance that they can do some good, maybe gain some valuable skills, and at the same time avoid being drawn into the circle and under the influence of radical Islamist ideologues who have taken control of so many schools, relief organizations and the like in the Middle East.

The story of Karim and Yesmine is fictional, but it is representative of the disturbing sequence of events that is happening with increasing frequency in Western nations.  Young men and women, most of whom are practicing Muslims, are becoming enthralled in the notion of waging war against their government, their homeland, Christians and Jews in general and even against other Muslims.

US and other Western intelligence and law enforcement agencies are working collaboratively in an effort to identify youth who have been radicalized, either at home or abroad, to include their whereabouts, details of their training, their contacts, sources of funding and intentions.

Recently, French President Francois Hollande warned the French public of “young men who are indoctrinated, brainwashed, and who can come back home with the worst plans in mind.”  A prominent Italian counterterrorism official noted as well that female jihadists, while not as common as their male counterparts, are growing in number.  Quite often, the women are native born Europeans who have converted to Islam after falling in love with transplanted North African immigrants, some of whom, like Karim, have lived in the shadows or have come under the wing of a radicalized preacher.

The notion of women joining the ranks of radical Islamist organizations is not new, although the vast majority of radicalized young adults are believed to be men between the ages of 18-30.  The case of the three Somali-American girls from the Denver area who were returned to the US by German authorities in recent days is evidence of the trend to recruit females to the ranks. The girls, aged 15, 16 and 17, had stolen $2,000 of their parents’ money along with their passports and were thought to be on their way to Turkey, before heading across the border to eventually meet with ISIS in Syria.  The FBI is attempting to determine just how evolved their plan was, if they were in touch with ISIS recruiters and if they pose a current threat to the homeland.

It is estimated that men and women from more than 50 countries are training with ISIS or with like-minded groups in Syria.  Those with Western passports pose the most immediate problem for Europe, the US and Canada, as visa-free travel for holders of these passports facilitates entry and exit.  In the EU, the problem is compounded due to the borderless travel within the block of nations.  Gain entry into Spain or Italy, for example, and a person gains entry into most all other EU nations, with the noticeable exception of the UK.  Even with its national borders intact however, the UK is likely the European nation most at risk from home-grown (or transplanted) radicalized youth.  The upsurge in cases is astonishing.  The trend toward the lone-wolf actor, as opposed to extremists acting as part of a conspiracy, makes detection and intervention by authorities less likely. 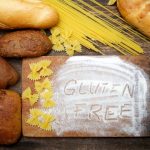 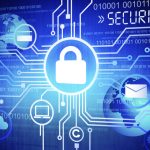