Last week’s murder of two journalists on live television in Virginia, and the execution-style murder of a deputy sheriff in Texas, shined a brief spotlight on what is a tragic and frequent occurrence in the United States. With only 5% of the world’s population but approximately 50% of its privately owned firearms, the United States is awash in both guns and gun-related deaths. While the fear of terrorism drives foreign policy in terms of priorities and threat matrices, the fact is that for the average American, terrorism fortunately remains a threat far more feared than realized.

The threat of gun violence, however, is fully realized; more than 30,000 Americans are killed every year by guns. Mass shootings understandably garner the most attention, but the vast majority of victims die alone, through suicide or murder. Since the June 2015 Charleston church shootings, more people have been killed by guns in America than on 9/11—the event that has become the ‘before/after’ for American security policy. As Nicholas Kristof noted in the New York Times last week, more Americans have been killed domestically by guns since 1968 than in all the wars and conflicts fought by the U.S. since 1776. The efforts to convincingly frame the carnage are as endless as they are ineffective. The issue of gun violence in America defies creative comparison.

From the killing of 20 young children in a Connecticut elementary school (among the total of 27 killed that day) to a mass murder in a church in Charleston; from a movie theater in Colorado to a military office in Chattanooga, there is evidently no outrage shocking enough to spur a sustained national discussion on ways to alter the trend lines. Guns play a unique role in the killing of Americans, yet the dialogue surrounding the threat of domestic gun violence remains paralyzed. While other comparable threats are analyzed and addressed, gun violence is alone ignored. The sheer variety of ways in which Americans die by gunfire has rendered it apparently not just unsolvable but also unmentionable. Murders make headlines, but suicides devastate far more American families. The immediacy of an available gun is coupled with the permanence of its firing. Gun violence’s victims may vary, but the cause of death is consistent, as compared to other developed nations.

The focus on terrorism is a comforting ‘us vs. the other’ fight that is easily framed, unlike the unframable threat of American gun violence. Terrorism is certainly a global issue—as people in Iraq, Syria, Afghanistan, Pakistan, Nigeria, Somalia, and across the world can sadly attest. Yet the fact remains that every year gun violence in America—murderous, suicidal, or accidental—kills tens of thousands and yet the threat remains hopelessly uncountered. 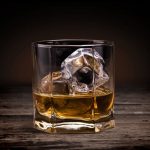 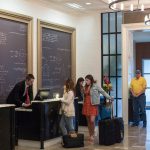