PARIS — The two American service members who tackled a suspected terrorist on a high-speed train traveling from Amsterdam to Paris rushed him even though he was fully armed, then grabbed him by the neck and beat him over the head with his own automatic rifle until he was unconscious, one of them said in television interviews here on Saturday.

The suspect entered the train car carrying an AK-47 and a handgun, and “I looked over at Spencer and said, ‘Let’s go,’” said Alek Skarlatos, identified as an Oregon National Guardsman returning from Afghanistan. “And he jumped, I followed behind him by about three seconds. Spencer got the guy first, grabbed the guy by the neck, I grabbed the handgun,” said Mr. Skarlatos, referring to Spencer Stone, a friend and member of the Air Force. The Pentagon confirmed their identities.

Mr. Stone was severely cut by the suspect in the neck and hand and is receiving treatment at a hospital in northern France, though his injuries are not life threatening. An amateur video taken in the immediate aftermath shows the suspect on the ground with his legs in the air, his hands tied, while another man – apparently Mr. Stone, kneels shirtless and evidently in pain. Groans are heard, and a voice saying, “Dude, I tried to shoot him.”

The suspect wounded several passengers before the Americans subdued him and their quick action averted what officials said could have been a bloodbath. On Saturday morning, the French press, government and social media praised their actions and President Obama also hailed their bravery. They were decorated with an honor by the French city of Arras, where the train, an Amsterdam-Paris express, pulled in after the incident.

The suspect, identified as a 26-year-old man of Moroccan origin known to Spanish authorities as a terrorism suspect, was being interrogated by French police in the Paris region. French media reported that he denied having terrorist aims, and merely intended to rob the passengers. But his arsenal —several guns, a sack of ammunition, a sharp blade —suggested otherwise.

At least two other passengers were also involved in restraining the suspect after the two servicemen subdued him. One of them, Chris Norman, a British businessman interviewed on television, said: “the guy actually came up, he pulled out a cutter, started cutting Spencer. He cut Spencer behind the neck, he nearly cut his thumb off, we eventually got him under control. It could have been a real carnage.”

Passengers spoke of hearing gunshots as the train was traveling through the countryside, and of seeing bloodied individuals rolling out into the grass when the train lurched to a stop during a chaotic few minutes of shooting.

France, on high alert after deadly terrorist attacks this year, immediately sent Interior Minister Bernard Cazeneuve to Arras, where he commended the Americans who had helped “neutralize this extremely violent passenger,” praising them for their “great bravery” and saying that “without their sang-froid we could have been confronted with a terrible tragedy.”

Police sources quoted in the French news media said the Americans thought they had heard the suspect loading ammunition into a weapon in one of the toilets and confronted him as he exited. The attack occurred on Belgian territory as the train was hurtling at top speed toward Paris.

It was not immediately clear how the Americans had concluded from the noise that the assailant had been loading a weapon, suggesting that they may have observed him acting suspiciously before he entered the bathroom. It also was unclear how many weapons the gunman was carrying. French news accounts said he was armed with an automatic pistol, a Kalashnikov rifle and a knife.

French Twitter messages surged with praise for the Americans. “Enormous respect for the two American soldiers who prevented a terrorist attack,” said @Math2ieu. Others called for the pair to be awarded the Legion of Honor.

The Belgian prime minister, Charles Michel, said on Twitter, “I condemn the terrorist attack,” and expressed his sympathy for the victims.

A French actor, Jean-Hugues Anglade, who appeared in the 1986 film “Betty Blue,” was aboard the train. Mr. Cazeneuve confirmed French news media reports that the actor was slightly injured.

In an indication of how seriously the French were taking the assault, President François Hollande issued a statement Friday night saying that “everything is being done” to determine what had happened on the train, having handed the investigation over to the country’s top antiterrorism investigators.

President Obama was briefed on the train assault and how it was foiled, administration officials said.

“Echoing the statements of French authorities, the president expressed his profound gratitude for the courage and quick thinking of several passengers, including U.S. service members, who selflessly subdued the attacker,” the White House Press Office said in a statement. “While the investigation into the attack is in its early stages, it is clear that their heroic actions may have prevented a far worse tragedy. We will remain in close contact with French authorities as the investigation proceeds.”

The high-speed train is popular for travel between France, Belgium, the Netherlands and Germany. It is used extensively by businesspeople, diplomats, European Union officials and tourists.

Unlike the Eurostar train between Paris and London, however, luggage does not pass through X-ray machines or other forms of screening.

Plainclothes security officers are said to be frequently aboard the trains. On the platforms of the Gare du Nord in Paris, where the trains arrive and depart, uniformed police officers are often visible. But safeguarding the international service is challenging because the trains leave almost every hour.

France’s sensitivities to terrorist assaults have been heightened since January, when Islamic militants killed 17 in attacks in and around Paris. In June, an extremist beheaded his boss in southern France and tried to blow up a gas plant.

French lawmakers have passed tough surveillance laws in the wake of these attacks, and the anti-immigrant, far right National Front party has seen its popularity surge.

Adam Nossiter has spent time as the West and Central African bureau chief for the New York Times. 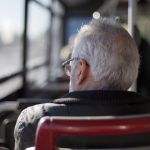 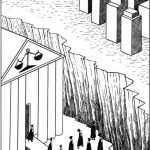