It’s estimated that room poaching results in upwards of $1.3 billion in lost revenue for hotels and lost funds for consumers every year. As hotels and consumers look for a way to fight against these losses, trademark infringement may be emerging as the most effective tool.

Room poaching occurs when companies position themselves as an event’s housing bureau in order to entice attendees to unwittingly book rooms outside of the official room block. Fake or out-of-block reservations can result in lost reservation fees for hotels, surprise charges and inconvenient and expensive last minute re-booking at alternative hotels for consumers. Further, trademark infringement can erode brand equity and good will between partnering hotels and groups.

In a recent anti-poaching case against Tarzango, an unaffiliated travel agency, U.S. Poultry, was successful in securing a default judgment award of $750,000 for both statutory and common law trademark infringements, unfair and deceptive trade practices, and attorneys’ fees. Tarzango targeted U.S. Poultry’s International Production & Processing Expo (IPPE) attendees with unsolicited room offer emails claiming to be endorsed by, or affiliated with, U.S. Poultry. These emails were brought to the attention of U.S. Poultry via attendee inquiries, and continued to be sent by Tarzango even after a cease and desist letter had been served.

This is the first major verdict for anti-poaching efforts, and the biggest win since a substantial settlement victory in 2008 by the American Society of Association Executives (“ASAE”) who brought suit against Complete Event Planning, Inc. for similar practices. Both cases were aided by general attendee awareness as well as a willingness by the event group to pursue third party violators past the demand letter phase. This allowed the event groups to collect email evidence, and to also demonstrate to poachers that demand letters might have teeth.

The Tarzango case comes on the heels of proposed legislation in both the U.S. House and Senate to make prosecution of poachers easier. The Stop Online Booking Scams Act would create standing for state attorneys general on behalf of the consumer in restitution claims.

While some remedies currently exist, such as restitution claims available to current consumers, and pending legislation, attorneys general, the recent Tarzango case indicates several positive developments and takeaways in the fight against room poaching:

Brittany is an Associate with Garvey Schubert Barer where she leverages her business experience to deliver practical solutions to complex legal issues. She focuses her practice on the food &amp; beverage and hospitality, travel and tourism industries where she helps clients with liquor licensing, contracts, and a variety of hospitality operations matters. Brittany is experienced in providing guidance on a wide range of regulatory and compliance issues to Fortune 100 companies. Prior to law school, she gained practical experience in the food and beverage industry working for one of the world’s largest drinks manufacturers. In her role there, Brittany advised on labeling, packaging, and trade compliance issues. 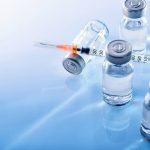 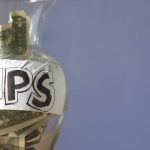