Will Bridges, co-founder of Lamberts Downtown Barbecue in Austin, Texas, sees on a daily basis the impact music has on diners. “The interplay between music and dining is crucial,” he observes. “You really can’t separate the two. Lamberts wouldn’t be what it is today without the music component.”

Indeed, whether a restaurant is seeking to increase table turnover, retain patrons by fostering a soothing ambiance, or liven a festive gathering, music plays a crucial role. No resource has greater value when it comes to establishing a desired mood for a particular restaurant setting. Perhaps the most obvious examples are sports bars, where music from TVs highlighting action in the game provides a fitting soundtrack to the hustle and bustle of a lively crowd.

At the other extreme are steak houses and fine dining establishments. Here, the desired sonic mood is one that establishes a sense of calm and relaxation, one befitting a larger proportion of mature patrons. Falling between sports bars and steak houses is the neighborhood pub, which varies in nature and where the demographic is more mixed. Examples include college bars and restaurants, where indie pop or alternative music ratchets up the energized ambiance.

No matter the desired mood, numerous studies have established that music is central to creating the proper atmosphere — and driving profits. To cite a sampling:

To facilitate such uses of music, Broadcast Music, Inc. (BMI), provides the necessary licensing to comply with copyright statutes for the use of more than 7.5 million musical works. Operating on a non-profit-making basis, BMI distributes approximately 84 cents of every dollar it collects to its roster of songwriters, composers and publishers. In essence, the organization serves as a “middleman” between restaurants and owners of intellectual property. “Organizations like BMI — performing rights organizations — are advocates of a system whereby people are compensated for their work,” says Casey Monahan, Director of the Texas Music Office, an adjunct to the Texas State government. “It’s extremely important, not only for restaurants but really for everybody in the country, to understand the value of, and the significance of, intellectual property.”

Originally published on Tuesday, December 17, 2013
3793 views at time of republishing

BMI was founded in 1939 by forward-thinkers who wanted to represent songwriters in emerging genres, like jazz, blues and country, and protect the public performances of their music. Operating on a non-profit-making basis, BMI is now the largest music rights organization in the U.S. and is still nurturing new talent and new music. BMI is the bridge between songwriters and the businesses and organizations that want to play their music publicly. As a global leader in music rights management, BMI serves as an advocate for the value of music, representing more than 8.5 million musical works created and owned by more than 600,000 songwriters, composers and music publishers. 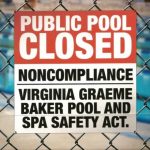 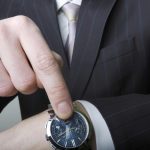