On February 11, 2014, John Henitz and I spoke on a panel at the @Hospitality_Law 2014 Conference discussing maximizing coverage for large property and business interruption claims. We presented a hypothetical scenario in which Acme Hospitality is a full service Real Estate company that owns several hotels, including one in Galveston, Texas that a hurricane devastated to the point of total loss and a second in Houston, Texas that the same hurricane impacted with minimal physical damage and significant financial losses. One interesting fact presented was that a sports stadium located nearby the Houston hotel suffered major roof damage and is expected to be closed for six months. The Houston hotel typically sells out for every home game played at the sports stadium and other live events. We explored the question of whether the Houston hotel is entitled to coverage for lost business income resulting from the stadium’s closure.

As we stressed during our panel discussion, property and business interruption coverages come in many forms with significant variation in policy language that must be reviewed carefully to analyze and maximize coverage. By way of example, the ISO Business Income (and Extra Expense) Coverage Form (CP 00 30) (2001) provides coverage for loss of business income incurred when the insured sustains a suspension of operations during the period of restoration that is caused by a covered direct physical loss of or damage to property at the premises described on the policy declarations page. In other words, the business interruption coverage triggering event in this policy form is physical loss or damage at the insured premises–here, the Houston hotel.

Many hospitality businesses rely on a nearby property other than the insured premises listed on the policy declarations page to attract customers to their businesses. The Houston hotel in our hypothetical is just one such business. Consider, for example, the massive business losses that hotels and restaurants located nearby Disneyland would sustain if a storm devastated the park–even if the hotels and restaurants escaped unscathed. For this reason, businesses that depend on someone else’s business operations to attract customers should consider purchasing dependent property coverage. For example, the ISO Business Income from Dependent Properties – Broad Form (CP 15 08 06 07) (2006) provides coverage for the loss of business income incurred when the insured sustains a suspension of operations during the period of restoration that is caused by a covered direct physical loss of or damage to dependent property.

Accordingly, in our hypothetical example, even if the Houston hotel reopens at full capacity within a week, if it purchased dependent property coverage and lists the sports stadium as a “Leader Location,” the hotel may be entitled to recover business interruption coverage for its resultant loss associated with sporting events (and other attractions) at the stadium that will not take place.  The proper period of restoration used to measure the insured’s business interruption loss arising from covered losses or damages at the sports stadium is the time that it should take to repair or replace the sports stadium’s roof and not the time that it should take to repair the minimal damages to the Houston hotel.

Jared Zola is the northeast regional leader for Dickstein Shapiro’s Insurance Coverage Group and is based in the firm’s New York and Stamford offices. Jared’s work maximizing insurance assets to increase clients’ bottom line in cutting edge coverage cases across the country earned him recent praise. In 2015, he was named by Law360 as a “Top Attorney Under 40” for the second consecutive year in the insurance category for his work on behalf of corporate policyholders—he is the only attorney to ever be named a Rising Star twice in the insurance category. Chambers USA: America’s Leading Lawyers for Business has ranked Jared in the “Policyholder: New York” category from 2013 through 2015. In the 2015 edition of Chambers USA, commentators noted his “particular skill in the political risk and media arenas” and described him as “someone who is doing really well for his clients.” In the 2014 edition, commentators noted that “client favorite Jared Zola has an extensive insurance practice” and “clients appreciate that he is ‘very creative in the way he approaches problems with insurers.’” In the 2013 edition, commentators said he is “accomplished, responsive, and provided clarity throughout the legal process—he was unequivocal in his commitment to the legal resolution.” The 2012 edition of Legal 500 recognized Jared as “outstanding.” New York Super Lawyers also recognized Jared in its 2011 through 2014 editions. Since January 2008, Jared has helped clients obtain more than $1 billion in insurance recoveries. He is a prolific author, speaker, and presenter. 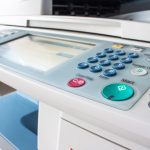