The Department of Labor issued its Final Rule on Family Medical Leave Act (FMLA) rights on February 25, joining the Internal Revenue Service in adopting the “place of celebration”/“state of celebration” test. By virtue of this change, FMLA rights now extend to all workers in legal same-sex marriages regardless of the law of the state where the employee currently resides or works.

The Final Rule (RIN 1235-AA09) changes the definition of “spouse” in federal regulations, 29 C.F.R. §§ 825.102 and 825.122 (b). Under the new place of celebration test, if an employee was legally married in a state or country that recognizes same-sex marriages but moves to a state that does not, the employee’s marriage is still recognized and the employee can take FMLA leave to care for his/her spouse. This is a change from the prior “state of residence” test, which conditioned FMLA rights for same-sex couples on the law of the state in which the individual resides. This final rule takes effect on March 27, 2015.

The change has its roots in United States v. Windsor, 132 S. Ct. 2675 (2013), in which the Supreme Court struck down Section 3 of the Defense of Marriage Act (DOMA), which defined marriage as the union of a man and woman. After Windsor, employers needed to determine how to treat employees in same-sex marriages for purposes of federal taxes and various other federal employee benefits such as leave rights under the FMLA because many employee benefits are provided through the spousal relationship and state law on marriage equality differed.

In a revenue ruling shortly after Windsor, the IRS declared the state of celebration test would be used to define a marriage for federal taxes: meaning if a same-sex couple got married in a state that legally recognized their marriage, the couple will be considered married for purposes of federal tax laws regardless of whether they moved to a state where same-sex marriage is not recognized. This affected employee benefits as follows: (1) employers with group health plans had to cease imputing income to employees whose same-sex spouse participates in the plans (as employers had previously been required to do); (2) employers were required to allow employees to pay the premiums for their same-sex spouse’s coverage with pre-tax dollars (if other employees with opposite-sex spouses are permitted to do so); and (3) employers with qualified retirement plans needed to treat same-sex spouses as “spouses” for all purposes under their plan (e.g., the spousal consent requirements for beneficiary designations).

In contrast to the IRS and other federal agencies, for purposes of the FMLA, the DOL determined that an individual would only qualify as a same-sex spouse of an employee if the employee resides in a state that recognizes his or her marriage (i.e., the “state of residence” test). Because this test precluded couples who were legally married but moved to states that did not recognize their marriage from applicable rights, in June 2014, the DOL proposed regulations to modify its regulations to adopt the state of celebration test like the IRS. The proposed rule was published in the Federal Register June 27, 2014. The DOL noted that the proposed rule elicited 77 comments representing more than 18,000 individuals. The comments that came from the Human Rights Campaign, labor organizations, employer associations, and a group of 23 U.S. Senators overwhelmingly supported the change.

Today, 37 states and the District of Columbia have full marriage equality and six states have lower court decisions in favor of marriage equality, which are staying pending appellate court review. Additionally, the Supreme Court has accepted certiorari to review the 6th Circuit Court of Appeals decision which upheld same-sex marriage bans in Michigan, Ohio, Kentucky and Tennessee. As of June 2015, we will likely have more clarity nationwide on marriage equality.

The Bottom Line for Employers

For now, under the new rule, provided the employee was married in a state or country where same-sex marriage is recognized, and regardless of the state law in which the employee currently resides or works, an eligible employee will be allowed to take FMLA leave to care for his/her same-sex spouse with a serious health condition, take qualifying exigency leave due to his/her same-sex spouse’s covered military service, or take military caregiver leave for his/her same-sex spouse. If your FMLA policy simply provides for leave for a “spouse” and does not define spouse or improperly limit the definition of spouse, there is no need to change it. However, employers should make sure human resources personnel and managers understand this change and are providing all required leave for legally married same-sex spouses regardless of the law of the state in which the employee currently resides or works. 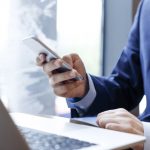 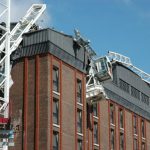