If there was one thing I wish that every business owner, manager and employee would take away when thinking about this article and the modern workplace, it is that e-mails are forever. And not only are they forever, but they pack a double punch since their impact is instantaneous. All it takes is a simple click of the send button and one’s fate is sealed. Moreover, now that e-mails are routinely accessed from handheld devices outside of the office and at all hours of the day and night, there are endless opportunities for e-mails to get you in hot water!

Auto Populate Could Be the Death of your Career

Computer software seems determined to become increasingly smarter so that it can help us. Just imagine that you start to type someone’s name and as it attempts to help you identify this contact, it accidentally brings up someone else with similar letters, or the first letter but to whom you most recently sent an e-mail. Meanwhile, you do not realize you just sent your biting gender based comment about your boss to her boss (Christina Smith) instead of your pal (Chris Smyth). Not only is it completely embarrassing and awkward, it could be seen as a violation of your company’s policy against harassment in the workplace. This auto populate snafu often happens when someone is forwarding an e-mail to a friend with some form of commentary or forwarding a joke they just received. Good business practice would suggest not forwarding any jokes and limiting your commentary to friends and/or co-workers via a conversation by telephone or in person the next time you see them.

Reply All is an All Together Dangerous Thing

Not only can a “reply all” make you look a bit foolish, but it can publish to everyone on that chain what you thought was a private comment to the original sender of the e-mail. Hot water may follow if your comment was about someone on the chain. It can also arise simply because multiple persons saw it and there are now numerous opportunities for someone to be offended, even if it was not about someone in the chain. Be mindful and aware of what you are doing and what you are saying. Not only could you accidently push “reply all” and become immediately embarrassed, but know that ANY e-mail sent or received on a company computer could be subject to later review or analysis by a company representative. This could also mean review by lawyers if an internal investigation is initiated or litigation arises. Note that the investigation or litigation need not even involve you but your e-mails may be revealed, and again, cause trouble for your career.

Think. Cool Down. And Then, Only Maybe, Do You Hit Send.

It is prudent to wait at least 24 hours before sending a letter that you wrote in anger or under any emotionally taxing situation (or better yet, wait 24 hours and never send it at all). Think of e-mails in the same way. One is well served to think of e-mails as if they are typed letters led for eternity. Given this permanence, it is also prudent to think of them as carrying the same force and eect of putting the proverbial “pen to paper” and sending a letter out for the entire company to see. Think about what you say and how you say it in an e-mail, and proceed as if it will be printed and placed in a le for some future use. Often, once the heat of the moment passes, a revised and much more professional e-mail is a better way to communicate for many reasons, including job security.

EUI = E-Mailing Under the Influence. Don’t Do It!

We’ve all heard stories about drunk dialing. These stories often follow a familiar pattern – funny for the audience, painfully embarrassing for the subject of the story: Freed by alcohol from the restraints of good judgment, someone picks up the phone to dial someone they shouldn’t to say something they would never repeat while sober. Nobody wants to be the subject of that kind of story. The same goes for drunk e-mailing. If you’ve been drinking – don’t e-mail – it is as simple as that! Science has taught us that our inhibitions are lowered with even a small amount of alcohol. With lowered inhibitions, certain things may be said(i.e., typed forever) that you may later regret, especially if you are in a management position. Indeed, jokes or joking around in emails are many times not as humerous from the recipient’s perspective as that of the writer’s who may be a bit(or a lot) tipsy. Comments, whether made  under the guise of kidding around, an inside joke, or even a comment that could be read two different ways, could be viewed as a request of some form of romantic or sexual favor in exchange for advancement or refraining from discipline or demotion. For example, a female manager, after a few glasses of wine at home could respond to a male assisant’s email that “I keep telling you, you need to loosen up. Let’s go out for happy hour tomorrow and try to loosen you up. You don’t want to know what will happen if you say no.” Just consider the possibilities of how this could be construed. The best way to avoid this problem is to put away the phone once work ends, and play begins.

Emails are Brief, But A Lot Can, and Are, Read Into Them

E-mails lack the context imparted by tone, or intonation, that convey the humor and sarcasm we are used to in our daily life. I rarely guarantee much, but I can guarantee three things when it comes to comments made by email. There will come a time when: (1) the humor or playful sarcasm that was meant to be relayed in an e-mail will not be heard by the person receiving the e-mail; (2) an abrasive tone or inappropriate sarcasm will be heard by the person receiving the email when nothing of the sort was intended by the writer; and (3) the difference in what someone wrote and someone heard will lead to problems, if not counseling and discipline, of one or more persons. No surprise, an e-mail gets someone in hot water again!

Michelle Lee Flores joined Cozen O'Connor's Los Angeles office in 2014 as a member of the firm's Labor &amp; Employment Department. She focuses her practice on all aspects of employment litigation, including jury and bench trials, arbitration, mediation and pre-litigation negotiations involving sex, race, religion, age and disability harassment and discrimination, wage and hour violations, including class actions, and wrongful termination. Michelle also advises clients on employment compliance, internal investigations, discipline, terminations, reductions in force and wage and hour matters. She prepares workplace policies and procedures manuals, drug testing policies, employment contracts and separation agreements, and harassment and discrimination prevention policies, including preventive counseling and in-house training. Michelle is a frequent lecturer and author of various articles on employment law published in the Los Angeles Daily Journal, Employment Law360 and Los Angeles Business Journal, among others. She has also been quoted on employment matters in publications such as the Los Angeles Times and been a guest legal commentator on Studio11LA on Fox TV, The Rick Amato Show, KUSI San Diego, The Roger Hedgecock Show and Fox 5 San Diego. Michelle is also an advisory board contributor to the California Employment Law Letter/HRhero. Michelle was most recently named a 2015 California Super Lawyer. Previously, she was named a 2014 California Super Lawyer and selected as a Super Lawyers Rising Star. In 2012, she was one of 40 women recognized for their networking efforts by The Recorder's Women Leaders in Law. The award was presented to women who have shown creativity and effort in building relationships that create opportunities for their firms or organizations and for others. Michelle earned her law degree from the University of California at Los Angeles School of Law and her bachelor's degree, magna cum laude, from Arizona State University, where she was a member of Phi Beta Kappa. 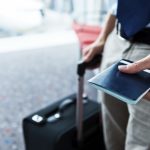 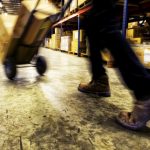