Have Passport, Will Travel: The Road to Radicalization Part I

Have Passport, Will Travel: The Road to Radicalization Part I

First of a Fictional Series

Eric was a bright young boy growing up in North London in the early nineties.  He loved school, especially math, and he of course was mad about football.  His bedroom was plastered with posters of his favorite Arsenal players, as well as with flags and other memorabilia with the official logo and colors of Premier League teams.  He had even been accepted into Eton College, the top caliber Windsor prep academy for boys and a key feeder school for some the UK’s most prestigious universities.  He was fluent in French and Spanish and was looking forward to enrolling in the Royal Navy.  Technically skilled, Eric was fascinated with positive and negative buoyancy theory and the complex calculations required to dive or surface the advanced submarines that are crucial to Britain’s sea prowess.

But a strange sequence of events began to unfold in the summer of 2004.  Eric’s father, Jonathan, left the family for another woman, withdrawing as well from his parental responsibilities.  His mother, Nada, made preparations to return to her native Morocco.  Out of money and with no means of support but for a meager subsidy from the Department of Work and Pensions, Nada bought a one-way ticket to Tangier for herself and Eric.

But Eric refused to go along.  He was born and brought up in England. This was home.  Having recently turned 18, he chose to stay with is uncle in London until he could save enough money to get a flat of his own.  He began working at his uncle’s restaurant, cutting and trimming goat and mutton and ensuring its slaughter and preparation were in accordance with the rules of halal, the dietary guidelines followed by observant Muslims.  He went to Friday prayers at the Finsbury Park Mosque in London and struck up friendships with other similarly situated young men.  He began to take part in proselytizing activities and broke off the relationship he had begun months earlier with his 20 year-old girl friend, Emma, citing as a reason her refusal to convert to Islam.

We last caught up with Eric after he arrived at Gatwick from Marrakesh last May.  He had been deported from the country by Moroccan authorities after his name appeared on a watch list provided by a European security service.  It seems Eric had been detained for questioning by security personnel in Yemen, after he was seen leaving the Al-Da’wah Centermadrassa.  The center is a known hotbed of Salafi extremism and was frequented by convicted terrorist Carlos Bledsoe, the Tennessee born radicalized Islamist who killed an army soldier and wounded another outside a Little Rock recruiting station in June of 2009.  Wanting nothing to do with someone they suspected of having ties to extremists, the secular government in Rabat promptly escorted him to the airport and supplied him with a ticket back to the UK.

Eric, who now calls himself Fawzan, vows to return to Yemen, stating that his experience there taught him just how corrupt Western governments and societies are.  He is devout in his practice of Islam but respects those who do not adhere to his faith.  He has however little tolerance for the moderate Sunni regimes in the Middle East and voices a deep-seated hatred of the Saudi House of Saad, the ruling family in Riyadh.  According to Fawzan, the regime is a stooge for the West, in particular of the United States.  It makes a mockery of Islam by claiming to uphold its values, while at the same time its throngs of wealthy royal family members travel to London and Disneyworld, where they carouse, drink alcohol and engage in out of wedlock relationships.  The quest for wealth and opulence, fed by seemingly endless oil revenue, must be eliminated from these societies, according to Fawzan, in order to avoid their ultimate destruction by non-believers.

Fawzan is not a violent person.  Twisting his prayer beads, he speaks in soft tones but is steadfast in his convictions.  He plans on sharing an apartment for a while in Chelsea with an Emirati student he met while working at his uncle’s restaurant.  The friend, Assaf, plans to travel to Somalia next year to see firsthand the atrocities the regime in Mogadishu has committed against its own people.  If he can save enough for the airfare, Fawzan can make the trip with him and a wealthy Kuwaiti who attends the Brixton Mosque in South London has offered to pick up his food and lodging expenses.  He is excited about this possibility and looks forward to relaying his experiences to us in a future meeting.

The above account is fictional but it is based on a compilation of stories from individuals who have experienced a similar trajectory.  It is a somewhat typical scenario of how Western youth, mainly males age 17-30, enter at first unknowingly into a radicalization process that often culminates in acts in support of terrorism, including attacks against the state.  Of course, there are many avenues to radicalization and not all such individuals will commit crimes or train with terrorist groups.  But it is worth noting that in general terms, the radicalization process takes place over time and is often not detected by authorities until it is too late.

Can Fawzan be saved?  Can he be convinced that he is being led by radicals who have no interest in him as a person or in his future?  The answer will vary from case to case.  What is certain is that Western governments have a monumental challenge on their hands.  No amount of intelligence collection and analysis or law enforcement activity can detect and disrupt each and every process once its takes hold and it certainly cannot begin to quantify the threat accurately.  The wide variation offered by intelligence agencies in the estimated number of Western youth training with ISIS in the Middle East is evidence of this intelligence gap.An in-depth understanding of the radicalization process, including deciphering who is at risk and why, may be the best first steps in beginning to deal with the phenomenon.  Only time will tell. 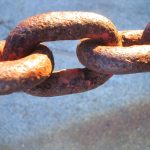 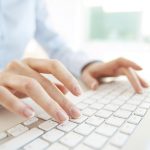