All federal contractors who do $10,000 or more in business with the federal government in a given year are prohibited from discriminating against an employee or applicant on the basis of sexual orientation or gender identity. The Executive Order requires the Office of Federal Contract Compliance Programs (OFCCP) to prepare regulations to implement the new rules within 90 days and all contracts entered into after those rules are effective must abide by the new rules. Employers who are or may be covered by this new Executive Order should now take steps to ensure their internal policies and manuals reflect the new requirements. The OFCCP expects to issue permanent regulations to enforce the Executive Order by early 2015.

Employers who contract with the federal government, or who are subcontractors to a federal contractor, should be aware of the president’s action and take this time to review their internal polices and OFCCP compliance practices. Additional information on the proposed regulations from OFCCP will be forthcoming when it is made available. The Executive Order that President Obama signed can be found here and the original Executive Order relating to the employment practices of federal contractors can be found here.

Jason A. Cabrera joined the firm's Philadelphia office in September 2013 as an associate in the Labor &amp; Employment Group. Before becoming an associate, Jason participated in the firm's summer associate program. Jason earned his law degree, magna cum laude, from Rutgers University School of Law-Camden, where he was also a Governor's Executive Fellow at the Eagleton Institute. While in law school, Jason was a teaching assistant for federal evidence and represented Rutgers Law in the American Association of Justice Student Trial Advocacy Competition. Jason also served as Administrative Editor of the Rutgers Law Journal. Upon graduation from law school, Jason received the Student Advocacy Award from the International Academy of Trial Lawyers. Jason earned his bachelor's degree in political science and international affairs from The George Washington University in Washington, D.C. During law school, Jason served as an intern for the Honorable Ann Marie Donio, U.S. Magistrate Judge for the District of New Jersey. 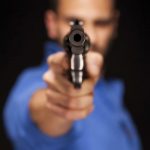 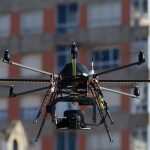