Drones: Asset or Liability for Developers?

Drones: Asset or Liability for Developers?

Over the past decade, unmanned aerial vehicles (UAVs, or “drones”) have grown increasingly more sophisticated and affordable. With the pairing of drones and similarly flourishing digital video capture technology, many commercial real estate developers have embraced drones as a quick, inexpensive method for surveying vast tracts of property. For example, the popular DJI Phantom quadcopter allows operators of all experience levels to capture high-definition aerial footage and includes features like a camera stabilization system, live video streaming to your mobile device, and twenty-five minutes of uninterrupted flight time. Such a tool can save development companies untold numbers of hours spent surveying various properties by foot or ground vehicle, and at a scant fraction of the cost of chartering a helicopter or airplane.

However, the Federal Aviation Administration has recently created obstacles to commercial drone usage. Citing concerns for national airspace safety, the agency has insisted that anyone operating a drone for business purposes must secure explicit permission from the FAA before doing so. According to FAA.gov, “only two [unmanned aircraft system] models (the Scan Eagle and Aerovironment’s Puma) have been certified for commercial use, and they are only authorized to fly in the Arctic.” Meanwhile, hobbyists and other users with non-commercial intent are exempt from these regulations; says Gregory McNeal, contributor on Forbes.com, “If a realtor films buildings for fun using a remote controlled quadcopter, that’s legal.  But if she takes that same quadcopter and films buildings as part of her job, that is illegal.” FAA.gov verifies this statement.

As part of a mounting campaign to combat noncompliance, the FAA has begun targeting realtors—first in New York City, then nationwide—with investigations into the legality of their drone usage. In response, industry heavy-hitter NRT has instructed its members to cease “procuring drone photography from any vendor” and promises it will not “process and distribute any drone photography provided to the company by an affiliated sales associate.” (Forbes.com)

Despite its efforts to crackdown on violators, the FAA may not have the authority to impose such a regulation upon drone operators. In the recent Pinker v. Huerta case, a federal judge affirmed Austrian national Raphael Pirker’s motion to dismiss a $10,000 fine the FAA imposed on him for “reckless” and unlicensed commercial use of a drone at the University of Virginia. The FAA has moved quickly to appeal the verdict; if it stands, the agency may not have the legal authority to enforce its current ban on commercial usage of drones. 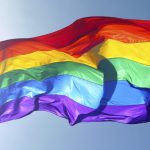 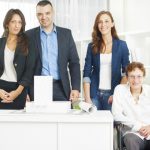