How to Avoid the EEOC’s Radar

How to Avoid the EEOC’s Radar

The most effective action an employer can take to avoid an EEOC claim is to create a culture and environment that encourages workforce diversity and discourages employment discrimination in any form. However, even when or if those measures don’t insulate the employer from being named as a respondent in an EEOC charge filing, there are still other effective strategies that can help defend the claim and avoid litigation.

A robust policy that explicitly prohibits discrimination, harassment and other related conduct is a key step in the employer’s defense. A policy that: 1) specifies the classes protected under state and federal laws, 2) defines the prohibited conduct, 3) delineates a complaint procedure, 4) promotes confidentiality, and 5) identifies disciplinary action for policy violations, not only educates the workforce about, but also demonstrates the employer’s understanding of, the law.

The policy should also include a strong anti-retaliation statement, encouraging employees to report complaints of unlawful conduct without fear of reprisal and providing employees an avenue to report acts of retaliation.

Providing comprehensive training to managers on how to, first, recognize the signs and symptoms of discrimination and, second, effectively address the prohibited behavior, demonstrates the employer’s commitment to prevention. Likewise, mandating employee training that is thorough and detailed and that provides realistic examples of prohibited conduct and reporting requirements, signifies the employer’s commitment to awareness. Employers should take care to reemphasize the commitment by reflecting the import of the training in performance reviews and discipline.

Responding to an employee complaint in a timely manner affirms the gravity of the concern and signals the employer’s seriousness about addressing the issues. Fashioning discipline that is not only appropriate but corrective and potent, where warranted, emphasizes that the employer’s remedial actions are designed to be effective and not merely antiseptic. Also, an important step often missed is the communication of the investigation outcome to the complainant. While confidentiality considerations exist at this stage, the employee should still be notified that the investigation has been concluded and that appropriate action is being taken, without identifying the specific disciplinary decision.

Once an employee complains, the employer must exercise “super-human restraint” to avoid negative treatment of the complainant. While there is a natural tendency for one accused of misconduct to strike back at the persons who attack them and accuse them of wrongdoing, the law prohibits this action. Instead, the employer should be proactive and engage with the complainant, explain its prohibition against retaliation, and follow up with the employee later to ensure there have been no problems. Additionally, subsequent employment actions taken against the employee should be closely monitored to avoid the appearance of retribution. The EEOC will certainly scrutinize the extent to which proposed employment action against the complainant is consistent, when compared with similar conduct with actual practices and supported by documentation.

While a quick response to an EEOC claim is often tempting—fueled primarily by the need for focus on the employer’s daily operations—avoid the temptation. A well-reasoned response, supported by proper documentation, is always a better defense. The EEOC is more likely to dismiss a claim where evidence is presented that the employer interviewed relevant witnesses, reviewed and analyzed pertinent documentation, assessed the facts and their relationship to the EEO laws at issue, and made sound employment decisions based on legitimate business factors such as poor job performance or workplace misconduct.

Also remember, regular and interactive discussions with the EEOC investigator can be an effective, but oftentimes forgotten, practice. Contact the investigator and discuss the claim—take every opportunity available to plead the employer’s case and argue its position.

Even when these strategies have been implemented, sometimes employers are faced with problematic facts demonstrating the potential for monetary exposure from an EEOC claim. In those instances, the employer is prudent to consider the risk/reward analysis of resolving the EEOC claim sooner rather than later. When balancing the scales, oftentimes the cost to resolve the EEOC claim at the early stage is more favorable than the ultimate cost to the employer’s organization, should litigation ensue. Litigation can involve the immeasurable cost of distractions to the employer’s key staff involved in the underlying conduct, who will inevitably have to invest time and resources unrelated to the company’s daily operations to fight the claim, and can negatively impact employee morale, cause poor productivity and create publicity that can potentially harm the employer’s reputation.

Even if the employer effectively prevents employees from discriminating against co-workers and never bases an employment decision on an employee’s protected characteristic, there may still be instances where the EEOC remains unsatisfied. Nonetheless, utilizing these good-faith efforts to prevent and remedy employment discrimination could still serve the employer well in avoiding the EEOC’s radar.

Norasha L. Williams is a member in the Houston office in the Labor &amp; Employment Group. Norasha represents employers on a variety of complex labor and employment litigation matters in federal and state courts and before administrative agencies, such as the Texas Workforce Commission, the Equal Employment Opportunity Commission, and the United States Department of Labor. She handles administrative agency charges and litigation matters at the pre-trial, trial, and appellate levels related to, among other things race, gender, national origin, disability, religious and equal pay discrimination; harassment; retaliation; wage and hour disputes; The Family and Medical Leave Act; workers' compensation; unfair competition/covenants not to compete; and breach of employment contract. 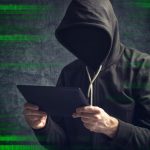 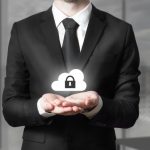