Now that the first cases of Ebola in the United States have been treated and the country is for the moment Ebola-free, it’s easier than two months ago to maintain perspective. Ebola is difficult to contract, and widespread outbreaks in the United States remain unlikely. That said, the risk of being affected by Ebola remains a significant concern for businesses across the country  and worldwide— especially hospitality businesses.

While every business is concerned with the safety of its workers and customers, the hospitality industry in particular needs to take prudent measures to mitigate potential financial losses stemming from Ebola or other infectious disease outbreaks, including a thorough review of the coverage provided by existing insurance policies.

Some insurance brokers and insurance companies are rushing to market policies specifically designed to cover Ebola-related losses. Companies at risk may want to consider buying such coverage, but they should first closely analyze whether existing policies provide adequate coverage. These may include policies providing business interruption, workers’ compensation, general liability, and D&O coverage. Below, we consider each in turn.

Typically purchased as a component of a business’s property insurance, business interruption coverage is designed to protect businesses against lost profits due to disruptions to their operations. Contingent business interruption coverage may apply to losses stemming from similar disruptions to a company’s suppliers or customers — but usually only if the underlying cause of damage is covered with respect to the policyholder’s own property.

Some brokerages are rushing to introduce business interruption coverage specifically for Ebola — which may or may not be redundant for businesses with some provision for infectious disease coverage. At the same time, certain insurance companies are warning that they plan to introduce exclusions for Ebola related losses on new and renewed coverage sold to policyholders with increased risk of such losses. In this environment, it is a good idea to review existing polices to confirm the scope of coverage already in place for these risks.

Virtually every state’s workers’ compensation statute provides that an employee is entitled to benefits for what is known as an “occupational disease.” To constitute an “occupational disease,” two conditions must be met: (1) the disease must be due to causes and conditions that are characteristic of and peculiar to a particular trade, occupation or employment; and (2) the disease cannot be an ordinary disease of life, to which the general public is equally exposed outside of employment.

While occupational diseases are covered and ordinary diseases generally are not, there are circumstances where the latter may be covered if a direct causal connection to the workplace can be established. Because Ebola is generally contracted only through contact with an infected person’s bodily fluids, the question of whether a worker contracted the disease in the course of employment may be more clear than with other diseases.

It is possible that individuals other than those personally sickened, e.g., shareholders in companies adversely affected by an outbreak, could bring claims against companies or their executives based on allegations that management’s acts or omissions caused such claimants to suffer financial losses. Directors’ and Officers’ policies may respond to such claims. Although most D&O policies contain exclusions for claims alleging bodily injury, claims for financial damages are covered under D&O insurance. In most cases, the bodily injury exclusions should not come into play in financial claims (though some broadly written exclusions may prove problematic).

For each type of insurance, coverage may depend in large part on language specific to the policy. Risk managers are urged to conduct a coverage analysis now to determine what coverage exists and whether to consider changes or additions.

Marshall Gilinsky is a shareholder in the Washington, D.C. office of Anderson Kill and practices in the Insurance Recovery, Captive Insurance and Commercial Litigation Departments. Mr. Gilinsky is a member of Anderson Kill's Financial Services Industry Group, the Hospitality Industry Practice Group, the Banking and Lending group as well as the Cyber Insurance Recovery group. He is an experienced commercial litigator who applies his complex analysis skills with extensive experience in insurance coverage analysis and litigation and dispute resolution. Mr. Gilinsky's insurance coverage practice is focused on property insurance, commercial general liability (CGL) insurance, errors and omissions (E&amp;O) and directors' and officers' (D&amp;O) insurance. Mr. Gilinsky also focuses extensively on assisting clients that own and manage captive insurance companies, especially with respect to resolving coverage disputes between the captive and its reinsurers or fronting insurance companies. 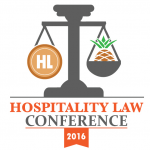 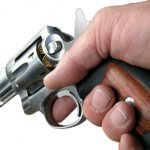