In today’s post, Gregg Rodgers, Chair of GSB’s Immigration Practice Group and member of our Hospitality, Travel & Tourism practice team, provides us with the latest updates regarding the federal processes that authorize employment for certain undocumented persons.

In my previous blog post, I discussed how recent Presidential Executive Actions had made it possible for certain people who reside in the U.S. without proper documentation to be assigned social security numbers and issued Employment Authorization Documents (EADs).  Today’s post provides important information and updates to help an undocumented individual get and retain legal employment authorization. (An employer should never knowingly hire or continue to employ an unauthorized worker.) Most importantly, you will see that it has become extremely important to apply for renewal of an EAD earlier than the government had previously suggested. Getting the word out to employees affected by this may help keep them on your payroll.

You have probably heard about the President’s Executive Action on June 15, 2012, in which he authorized a procedure for many undocumented people in the U.S. to become authorized for employment.  Individuals who demonstrate that they meet the guidelines may request consideration of “Deferred Action for Childhood Arrivals” (DACA) for a period of two years, subject to renewal for a period of two years, and may be eligible for employment authorization. By December 31, 2014, 638,897 people who came to the United States as children and who met the guidelines, had been approved for “deferred action” by the government.

DACA has made it possible for hundreds of thousands of undocumented people to become legally employed in the US for the first time, or to get employment authorization that they could present to their current employer to update Form I-9 information.

Many people have already obtained a two-year EAD and have applied for or are now ready to apply for renewal. Employers should know that, for this group of individuals, employment can occur only after the presentation of a valid EAD and cannot continue past its expiration date unless the employee presents another EAD or other documentation from the List of Acceptable Documents.  Having applied for renewal of an EAD or even presenting proof of the approval of an EAD that has not yet been received is not enough to allow continued employment.

But renewing an EAD has become a challenge. Historically, the government discouraged the filing of an Application for renewal of an EAD more than 120 days before its expiration. Most people applied between that date and 90 days before its expiration because, by regulation, the government has 90 days from the date of receipt of the application to adjudicate it, or it is required to grant an EAD for a period not to exceed 240 days. Unfortunately, the government has not met its required adjudication or issuance obligations in most cases over the past several months, resulting in the inability to confirm employment authorization and the subsequent termination of employment for those whose EADs have been delayed. Some employers have treated the termination as temporary, allowing a return to employment for those affected by these delays after the new EAD is presented.

Just this month, the government acknowledged the problem and began to encourage applicants to submit renewal requests 150 to 120 days before the current period of DACA and employment authorization is set to expire.   Employers are encouraged to notify DACA-authorized employees of this procedural change.

My January blog post also referenced the President’s Executive Action of November 20, 2014, which had two important issues relevant to this post. However, a temporary injunction was issued on February 16, 2015, that prevents the government from accepting requests as noted below. People interested in understanding more about these issues can read more and register with the federal government to get email updates regarding the status of this important program.

The 2014 Executive Action expanded DACA in several ways. If the injunction is lifted, it could apply to applicants of any age who meet the other requirements (whereas DACA applies to only those under the age of 31 on June 15, 2012) and employment authorization would be expanded from two years to three years.

Another significant part of the now-enjoined Executive Action of November 20, 2014 includes authorization for parents of U.S. citizens and lawful permanent residents to request deferred action and employment authorization for three years, provided that they have lived in the United States continuously since January 1, 2010, and pass required background checks. This is known as “Deferred Action for Parents of Americans and Lawful Permanent Residents,” or DAPA.

Where Do We Go From Here?

Maintaining a loyal and stable workforce is important. I fully expect that expanded DACA and DAPA will be authorized in the relatively near future. It can be a good idea to monitor the litigation because, if the injunction is lifted, the government can be expected to move quickly to begin accepting applications for expanded DACA and DAPA. In the meantime, you may want to urge anyone who already has a DACA-based EAD to apply for renewal within the newly announced 150 – 120 day window as the best way to assure the likelihood of continuous employment authorization for them.

Gregg Rodgers devotes his practice to management-oriented immigration and employment law. His immigration practice encompasses advice to and representation of businesses, individuals, and their families as they plan for and seek U.S. entry. Areas of particular emphasis include the transfer of executives and managers, hiring professionals, including those working in specialty occupations and healthcare, and global planning for personnel needs. Mr. Rodgers also assists clients in developing employment policies and advises employers on such matters as wage and hour regulations, disability issues, and employment discrimination. 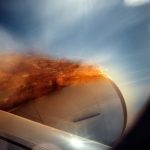 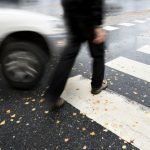