A Rough Weekend for Flight: Tragic Accidents and Lessons Learned

A Rough Weekend for Flight: Tragic Accidents and Lessons Learned

On July 6, Asiana Flight 214 crash-landed at San Francisco International Airport. The Boeing 777 airliner approached the runway on an unstable landing path and touched down at a speed and angle that caused the tail section to detach from the fuselage. The resulting impact sent the aircraft skidding to a violent stop on the side of the runway, killing two passengers and injuring 180. Then, on July 7, an air taxi crashed at an airport in Alaska, killing all nine passengers and the pilot.

We don’t know much about the Alaskan incident yet, except that it emphasizes along with the crash in San Francisco that air travel can prove perilous. The pilot behind the controls of the Asiana flight, while a veteran commercial aviator, had just forty-three hours of Boeing 777 flight time under his belt. His co-pilot, however, had over 3,200 hours of flight time with the aircraft. The pilot was undertaking a routine “familiarization flight” to become more experienced with the 777.

We may have difficulty extracting a lesson from that aspect of the incident until officials conduct a thorough investigation. What we do know is that 291 passengers and sixteen crew members evacuated the burning Flight 214 inabout ninety seconds, which represents a resounding success for commercial airline safety procedures. Even with fire and smoke in the cabin—as well as two malfunctioning evacuation slides pinning passengers in their seats—flight attendants and level-headed passengers managed to get everyone outside and avoid additional injuries and/or deaths.

In light of incidents like these, we recommend travel managers make every effort possible to put their employees on airlines with the best safety records in the industry. Not all air travel providers are made equal when it comes to safety; some have a spotted past, marked with reports of negligence and failure to comply with regulations. A number of government agencies and private organizations provide excellent online resources for this type of research: 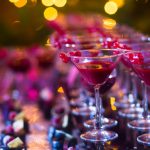 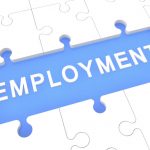