On May 18, 2016, President Obama and the Labor Department issued the much anticipated final rule regarding overtime regulations, which significantly raises the minimum salary threshold required to qualify for “white collar exemptions” under the Fair Labor Standards Act.  These new Department of Labor Overtime Rules may be of particular interest to businesses in the hospitality industry that typically employ salaried managers, assistant managers and similarly-classified individuals in the affected salary ranges and who have been the subject of private wage-hour litigation and Department of Labor investigations in the past.

What the Rule Does

Under the previous overtime regulations, last updated in 2004, employees had to meet certain job duties tests to qualify as executive, administrative, professional, outside sales and computer employees and be paid a fixed annual salary of at least $23,660 ($455 per week), in order to be exempt from the Fair Labor Standard Act’s requirement that overtime be paid at the rate of time-and-a-half for all hours worked over 40 in a work week. The final rule just issued retains the “duties” test, but raises the standard salaried employee exemption threshold to $47,476 per year ($913 per week). That’s more than double the current threshold under the FLSA white collar exemptions. The salary threshold will be automatically updated every three years, so that it remains at the 40th percentile of earnings of full-time salaried employees benchmark, according to a statement released by the White House.
Who is Affected

According to a fact sheet released by the White House, the new rule is expected to extend overtime protections to 4.2 million more American workers (277,998 in New York; 131,854 in New Jersey; and 46,321 in Connecticut) who are not currently eligible for overtime under federal law, and increase workers’ wages by $12 billion over the next 10 years.

The final rule also raises the overtime eligibility annual salary threshold for highly compensated workers (who must meet only a minimal duties test) from $100,000 to $134,004, the annual equivalent of the 90th percentile of full-time salaried workers nationally.

The final rule makes no change to the existing “duties” test for executive, professional, administrative, outside sales and computer professionals exemptions.

However, the “salary” basis test is amended to permit employers to use nondiscretionary bonus and incentive payments (including commissions) to satisfy up to 10 percent of the new salary threshold levels.

Employees paid on an hourly basis are (depending on the duties performed) eligible for overtime regardless of their pay level.

In March 2014, the Obama administration directed Secretary of Labor Thomas Perez to “modernize and streamline” the rules for exemption from overtime and minimum wage, and increase the number of overtime eligible employees. The Obama administration initially proposed raising the overtime exemption salary threshold to $50,440 per year ($970 per week). That level was reduced by about $3,000 in the final rule. The proposed overtime rule received over 270,000 comments during the comment period which ended in September, 2015, primarily from business and employer groups contending that the new rules will actually have negative consequences for employees and that employers would seek to control overtime costs by reducing hours worked and limiting opportunities for long-term advancement.

The effective date of the final rule is December 1, 2016. There is no retroactivity. The initial increases to the standard salary level (from $455 to $913 per week) and highly compensated requirement (from $100,000 to $134,004 per year) will be effective then. Future automatic updates will occur every three years beginning January 1, 2020.

Insurance Coverage for Hotels Facing Fungi and Bacteria Claims July 29, 2013
Is There an Intern in Your Future? September 12, 2013
Avoiding Pitfalls with Unpaid Internships September 24, 2013 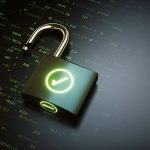 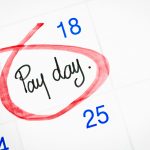