For decades, most American companies have paid their workers once every week or two, minimizing the administrative costs of frequent paydays and maximizing the interest the companies earn by keeping the money in the bank.

And for equally long, workers have complained about the unfairness of waiting for their paychecks.

But now, thanks in part to the gig economy, a small but growing number of employers and start-ups are testing ways to give employees faster access to their wages. A variety of options — some involving payroll cards, and others using A.T.M.s and other methods — have recently hit the market, permitting people to take home their pay as soon as they have earned it.

On one hand, this could be good news for people who live from paycheck to paycheck. If the trend catches on, it could reduce the demand for products like payday loans, which workers use when they run short of money, but which charge very high interest rates. On the other hand, the services that are providing on-demand wages charge fees every time a worker uses them, so there is a trade-off.

From the employer’s perspective, instant payment for a day’s work has the potential to motivate employees to work longer hours — after all, instant financial gratification is a powerful productivity incentive.

In the ride-sharing market, same-day earnings payouts moved rapidly from an experiment to an industry standard. In November, Lyft began offering its drivers the option of cashing out immediately instead of waiting for their weekly payday. More than a third of them have used the feature, which costs 50 cents a transfer, and Lyft has paid out $200 million, executives say.

Uber started testing a similar system in March, pushing drivers’ earnings to a prepaid debit card from GoBank. Last month, it made the option available to nearly all of its 450,000 active drivers in the United States.

Start-ups are also circling. DailyPay, a New York company that lets on-demand workers collect their earnings faster for fees of $1 to $1.50 a day, has enrolled thousands of drivers and delivery people.

“I’ve been surprised at how fast it caught on,” said Harry Campbell, a driver who writes about the industry on his blog, the Rideshare Guy. “It became a competitive advantage. Once Lyft had it, and it was really popular, Uber had to have it too.”

But gig services are a niche part of the job market. Fast cash has long been a perk for waiters, bartenders and other tipped workers. Most Americans draw their paychecks from companies with more rigid financial systems. In that market, there has been little incentive for change — until recently.

Even among those with steady jobs, financial insecurity is pervasive, and some employers are starting to look at how they can help. Giving raises is expensive. Giving people quicker access to their accrued earnings doesn’t have to be.

Eight months ago, Goodwill of Silicon Valley began testing a system that lets its workers use an A.T.M. near the company’s cafeteria to withdraw up to half of the wages that they have already earned from their next paycheck, to a limit of $500. It was an instant hit. More than half of Goodwill’s 300 eligible employees have used it at least once.

Michael Fox, the company’s chief executive, said he was initially skeptical but became a convert when he saw what a big difference the option made for some workers.

“When you have people living on the edge, very small things can cause a rapid acceleration into very bad conditions,” he said. “If you’re just $60 or $90 short, and can’t make a rent payment or buy medicine, it spirals. One little thing creates a huge disaster.”

Goodwill is using technology from PayActiv, a start-up in San Jose, Calif., that uses employers’ wage and hours information to estimate their employees’ earnings. For a fee of $5 per transaction — of which Goodwill pays half as a courtesy to its workers — PayActiv advances the cash. On payday, it recoups the money directly from the employer.

PayActiv’s founder, Safwan Shah, talks with a missionary zeal about the potential impact. “The biggest bank in this country is the bank of the employer, and two to three weeks of salary for most people is stuck there,” he said. “This is a corporate responsibility issue.”

Getting employers to view it that way, though, is an extremely hard sell. Frank Dombroski knows. He has been making the pitch for five years and is only just starting to see signs of momentum.

Mr. Dombroski’s company, FlexWage, of Mountainside, N.J., also advances employees part of their earned but unpaid wages, but unlike PayActiv, it doesn’t use its own money to fund the transactions — it pulls cash directly from employers’ coffers. That is the most financially sustainable approach, he says, but it appeals to only the most highly motivated employers.

“I would be lying if I didn’t say it’s been a struggle, but we kind of knew that going in,” he said.

He thinks the tide is starting to turn. A new partnership with ADP, a big provider of payroll services, has helped FlexWage get on the radar of bigger businesses. The company says it is finalizing deals with two employers that would double the 8,000 people currently using its system.

“There’s been so much attention to the high cost of short-term lending, like bank overdraft fees and payday loans, that employers understand a lot more clearly now the dire need,” Mr. Dombroski said. “We don’t have to convince them that there’s a problem any longer. Now we need to convince them there’s a solution.”

Some companies that facilitate faster access to wages cut out the employer and go right to the workers. Two years ago, Activehours, in Palo Alto, Calif., started offering an app that lets hourly workers snap photos of their time sheets and cash out their coming wages in advance. On payday, Activehours withdraws the money from the worker’s checking account. People at about 10,000 businesses have tried it, including workers at Apple, Starbucks, Whole Foods, Best Buy and Home Depot, the company says.

Like almost all fast-cash borrowing options, the services have fees that can be steeper than alternatives like credit cards. Activehours has a hippie-ish “pay what you think it’s worth” fee structure, but FlexWage and PayActiv charge rates that typically cost $3 to $5 per transaction. A worker who pays $3 to withdraw $100 a week before payday is effectively paying an annual percentage rate of 156 percent for the money.

But those costs still tend to be lower than those of bank overdrafts, payday loans and other emergency lending sources. Eric Zsadanyi, a forklift driver at Goodwill, has been using PayActiv advances almost monthly to pay his rent, which consumes more than one of his biweekly paychecks. He is usually only $50 or $100 short, but if his rent isn’t on time, he owes a $50 late fee.

Mr. Zsadanyi keeps his withdrawals low so that his next check won’t shrink more than he can afford. Knowing that in a bind he can get cash for rent or groceries is a relief, he said.

Factories, hospitals, call centers and other employers with large numbers of variable-hour employees have been among the most receptive to the idea, according to executives at PayActiv and FlexWage. Especially in industries with thin margins, companies are willing to consider new ways to relieve financial strains on their employees — without actually paying them more money.

Still, the biweekly payday is a ritual most companies don’t want to disturb. The regularity with which clients of Paychex, one of the nation’s largest payroll processors, pay their workers — weekly, biweekly or on some other cycle — has not shifted by more than 1 percent over the last eight years. Martin Mucci, the company’s chief executive, is skeptical that faster access to wages will ever move beyond the gig economy.

“It’s not something we’re seeing a large demand for among employees who have a more traditional work relationship with their employer,” Mr. Mucci said.

Ryan Falvey, managing director of the Financial Solutions Lab at the Center for Financial Services Innovation, thinks that might change if people feel more empowered to push back. After all, the era when it took a bookkeeper days to go through time sheets and cut checks is long gone.

“As the economy has gotten faster and people’s lives have become more tenuous, the speed at which people get paid starts to matter lot more,” he said. “I don’t think this is a flash-in-the-pan thing. A year or two in, these are products that have significant user engagement, and they’re growing very quickly.”

For workers, choosing between speed and delayed gratification can be a balancing act.

Amanda Brannon, a single mother of four in Warner Robins, Ga., said that same-day pay was a major incentive for her to moonlight for Uber. If she needs to supplement her grocery or gas budget, she hops in her car and starts driving. A recent 12-hour Saturday shift netted her $220, which she cashed out immediately.

But in her day job, as a legal secretary, she is happy to stick with a traditional lump-sum check.

“It makes it easier to pay for the big stuff,” Ms. Brannon said. “Uber is perfect for daily cash, but getting paid every two weeks is good, too.”Click here for the original article. 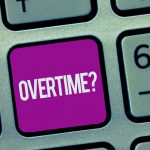 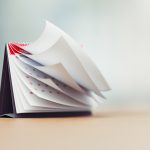