Just as the adage is that “the coverup is worse than the crime,” we know that in employment law, “the retaliation claim is more dangerous than the underlying discrimination.” The latest example of this is in the recent decision of Austin v. Bloomin’ Brands, 2:16-CV-06509-TR (Aug. 30).

Mark Austin began working as a cook in the kitchen of Bonefish Grill in April 2015. He was one of two African-Americans working full-time in the kitchen. The other eight kitchen employees were all Hispanic. Kevin Rothery was the restaurant’s on-site manager. When Austin began working in Bonefish’s kitchen, he observed the Hispanic staff would routinely “rub, pinch or smack one another’s backsides as they moved past one another, massage one another’s shoulders and put their arms around one another.” The Hispanic staff also refused to answer Austin’s questions or assist him when he spoke in English. He reported these issues throughout the first few months of his employment without resolution.

A few months after beginning, Austin complained about the kitchen staff’s behavior in touching one another, claiming that both he and the other non-Hispanic employee felt “sexually harassed.” Rothery told Austin that he would “talk to the guys” about the harassment but the behavior did not stop. In fact, Austin’s co-workers began to “look at him and smile” while putting their hands into each other’s pants. Austin voiced his complaints to other managers throughout his employment. He found that “the more he complained, the more vulgar the kitchen staff would get.” He alleged that Rothery was not only aware of the behavior but was “present while the employees mimicked sexual acts.”

In September 2015, Austin put his complaints in writing, including the kitchen staff’s “inappropriate sexual games.” Rothery did not follow up on Austin’s written complaint. After Austin complained about a specific employee inappropriately pinching him, Rothery placed that particular employee directly next to Austin on the food prep line. 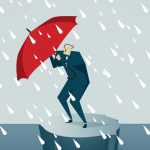 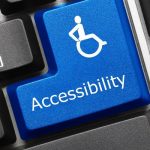