Not All Fun & Games: Sweepstakes and Contests in the Hospitality Industry

Not All Fun & Games: Sweepstakes and Contests in the Hospitality Industry

A promotion is a marketing strategy devised to publicize or advertise a product, organization, or event. Hotels market their venues and services in a variety of ways, often employing creative strategies to help draw traffic to their establishment. When a hotel decides to use a sweepstakes or contest as a way of promoting itself, there are a number of legal requirements implicated by that decision.

Lotteries. A lottery is generally defined as a promotion in which all three of the following elements are present: prize, chance, and consideration. Lotteries, except those that are state operated, are illegal under federal law and the laws of all fifty states. Lottery laws are enforced by the following:

The penalties for failure to comply with federal and local laws depend on the venue and may include: consumer redress, awarding multiple prizes, fines (may be significant), cease and desist orders from future promotions, and corrective advertising.

Sweepstakes. A sweepstakes is generally defined as a promotion involving the elements of prize and chance. That is, sweepstakes are promotions in which winners are selected at random to win a prize.

Consideration. Consideration can be monetary or non-monetary (i.e., a purchase or payment but also the expenditure of a substantial degree of effort that directly benefits the sponsor). There are many different ways to remove the element of consideration. In at least 33 states, statutes or case law clearly state or suggest that only monetary consideration will trigger a lottery law challenge; six states do not expressly limit the definition of consideration to a monetary requirement; the remaining states do not clearly define consideration. This is an evolving issue (e.g., not long ago, requiring internet access to enter a promotion was deemed consideration in some states). Current “hot topics” include text messaging, user-generated content and social networking sites which may require a fee or action on behalf of the entrant.

Alternative Method of Entry “AMOE”. A chance promotion with a viable, free AMOE which does not place the entrant at any real or perceived disadvantage vis-à-vis those who pay to play should not run afoul of lottery laws. Key considerations to avoid: (a) lack of universal availability; (b) separate deadline dates (especially problematic for mail-in entries); (c) separate prize pools; (d) disparity in number of chances to win; (e) insufficient number of free entry opportunities/methods; (f) real or perceived disadvantage to those who enter via AMOE; (g) burdensome entry requirements compared to purchase entries. The AMOE must have “equal dignity” to the purchase entries.

Contests. Contests are promotions in which winners are selected to win a prize on the basis of bona fide skill or objective criteria. Several state prize promotion/gambling laws prohibit requiring consideration, even in bona fide skill contests. In determining whether or not a promotion is a skill contest, states generally employ one of three tests: any chance test; dominant element test; material element test; or gambling instinct test. The hotel should focus on ensuring there are qualified judges and that any judging criteria applied to entries is objective.

Official rules. Official rules serve as the contract between the sponsor and the consumer. They are the most crucial element of any promotion and should include:

Abbreviated rules must appear in all advertisements, entry forms, and promotional materials. Procedural Requirements. Hotels considering a promotion should know that there may be registration requirements in AZ, FL, NY, and RI and bonding requirements FL and NY.

Boutique Hotel Brands From ‘Legacy’ Chains – Will They Work? February 1, 2015
Anatomy of a Hotel Breach – UPDATED June 8, 2015
Like It or Love It: How Not to Get Pinned (Legally) When Using Social Media to Promote Your Brand June 17, 2015 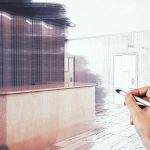 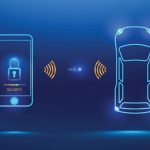