After surviving its first go-around in court, New York City’s attempt to require restaurateurs to add sodium warnings to their menus has hit a roadblock in the form of a temporary injunction. Perhaps taking inspiration from the FDA’s recent imposition of nutrition-labeling requirements on restaurant menus, the New York City Board of Health had approved a menu-labeling regulation of its own this past December. Under the regulation, the New York City Health Code was amended to require “Food Service Establishments” (or “FSEs”) to post salt-shaker icons on their menus next to any food item containing more than 2,300 milligrams of sodium – the FDA’s recommended daily allowance of the delicious mineral. The regulation also requires FSEs to include a statement on their menus that “[h]igh sodium intake can increase blood pressure and risk of heart disease and stroke.”

I must briefly digress: at this point, you may rightly be wondering what a “Food Service Establishment” is. According to the New York City Health Code, it is “a place where food is provided for individual portion service directly to the consumer whether such food is provided free of charge or sold, whether consumption occurs on or off the premises or is provided from a pushcart, stand or vehicle.” That definition seems broad enough to cover someone giving away potato chips out of a shopping cart, so the new regulation is replete with exemptions and qualifications – the most important being that only FSEs with 15 or more locations would be required to comply.

Returning to the action, the rule requiring the telltale salt-shaker icons was set to take effect on March 1. The National Restaurant Association took action, seeking a preliminary injunction in New York Supreme Court, but was originally rebuffed when the Supreme Court judge denied the injunction and ruled that the City could proceed to enforce the regulation. The Association appealed, however, and at the last moment – February 29 – the appellate court granted a preliminary injunction preventing the regulation from being implemented while the Association continues its legal action to invalidate it.

Restaurateurs with 15 or more locations that do business in New York City certainly will be staying tuned as the Association’s appeal proceeds, but other hospitality business would do well to keep an eye on things as well. Particularly in light of the FDA’s new menu-labeling requirements, if New York City’s would-be sodium warnings are upheld, those little salt shakers may be only the first of many symbols to adorn menus in any number of places.

Avoiding Pitfalls with Unpaid Internships September 24, 2013
What is the OFCCP and Do Hoteliers and Restauranteurs Need to Care? November 13, 2013
Promoting Alcohol Through Social Media November 19, 2013 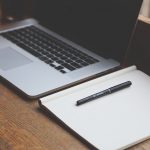 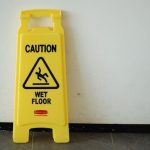