The inside counsel market seems to be pretty stable, according to Major, Lindsey & Africa’s Miriam Frank.

There are a few notable insights into the market for general counsel and in-house attorneys from a recent report released by Major, Lindsey & Africa.

“The [inside counsel] market seems to be pretty stable,” Miriam Frank, vice president and global head of client services at Major Lindsey & Africa’s In-House Practice Group, told InsideCounsel based on the 2015 In-House Counsel Compensation Report. “It’s not different from what I expected to see a couple of years ago.”

Looking at the numbers seen in 2014, Frank offers a word of caution: Many general counsel and some in-house counsel are getting a lot of compensation that is not reported in the report’s charts because it is classified as equity. The whole package needs to be evaluated when comparing numbers, she said.

When it comes to the salary paid to general counsel versus what is paid to other attorneys in the company, remember that there are usually many attorneys, but only a single general counsel.

In contrast with general counsel for all company sizes, the median total cash compensation for all in-house lawyers is in a “remarkably tight range,” the firm’s report said.

In addition, base salaries paid to general counsel are “in a fairly tight range,” the report said.

“When you change jobs, you tend to increase comensation,” Frank said.

Overall, general counsel with 20 to 30 years of experience tend to be paid more than their more junior or senior counterparts.

In additon, because bigger companies tend to be publically held, general counsel in companies where revenue exceeds $5 billion, may receive other kinds of compensation, such as equity, which does not show up in salary and bonus reports.

Another finding is that total compensation for all in-house counsel seems to be highest at the point in their careers which is 15 to 30 years after their graduation from law school. On the other hand, median base salaries for all in-house lawyers appear to exceed $200,000 at about 15 years of experience. They then are “fairly tightly clustered for the remainder of their careers,” the report said.

Also, general counsel base compensation has a higher median for such sectors as pharmacy at $350,000 and health at $362,500.

Ed Silverstein is a veteran writer and editor for magazines, websites and newspapers. A graduate of Harvard's Kennedy School of Government, he has won several awards for his published articles. 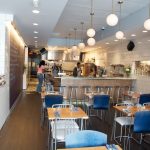 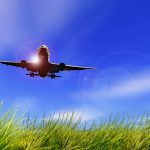