At a time when the spotlight is shining with a torrid intensity on Asian airlines in the wake of several tragedies in the past year, it should also shine just as brightly on Asian carriers offering the best service and safety.

And there are many of them.

Last summer, in its annual survey of the world’s best airlines, Skytrax named Hong Kong-based Cathay Pacific Airways as its World’s Best Airline — for the fourth time. The carrier also earned the honor in 2003, 2005 and 2009.

Maxwell Leitschuh, a transportation analyst for iJET International, said it is irresponsible to draw conclusions about whether to travel to Asia or use Asia-based airlines based on incidents from the past year. iJET is a privately held consultancy based in Annapolis, Md., that offers risk management solutions and response services for global organizations.

Leitschuh noted that air travel is still the safest mode of transportation, with the odds of being involved in an incident at 1 in nearly 4 million.

Some Asian carriers are among the best.

“Some Asian airlines are the best in the world, airlines that I would go out of my way to fly on. Some I would tell people to avoid,” he said. “A lot of it depends on the regulators and whether they are good enough to keep the bad airlines out of the sky.”

They were based on data from more than 18 million passenger surveys from more than 100 countries that were conducted from August 2013 to May 2014, according to the company. It will release its 26th annual results this summer.

The crash in February of a TransAsia turboprop plane shortly after takeoff from Taiwan’s Sungshan Airport in Taipei has cast an unwanted spotlight on the safety and efficiency of airlines that are based in Asia.

At issue is whether these collective carriers are growing too quickly and whether they have the proper oversight from their respective civil aviation authorities.

In the past year, two TransAsia aircraft have crashed, a Malaysia Airlines jet disappeared over the Indian Ocean and still has yet to be found, another Malaysia flight was shot down over Ukraine and an AirAsia plane crashed in December in the Java Sea.

“I don’t think there’s a theme,” John Thorn, a senior transportation analyst for iJET International, said. “However, one thing I do see that is concerning in Asia, especially countries like Indonesia, is the rapid growth of carriers. You have to have the infrastructure and personnel to handle an influx of aircraft. They have to add support services and flight crews to fly them and maintain them. Are their regulators putting pilots in the second seat that are as experienced as they should be? Every country is different and that is a concern.”

According to the Associated Press, TransAsia has added about two dozen routes to mainland China and other Asia cities since it went public in 2011.

Asia is home to some well-established carriers.

But Asia-based airlines like Cathay-Pacific, Singapore, All-Nippon and more are well-established and have stringent oversight, much like U.S. airlines.

Cathay Pacific Chief Executive Officer Ivan Chu said in a statement that his carrier is “deeply committed to building (Hong Kong) into one of the world’s great aviation hubs. We do this through our huge investment in new aircraft, our world-beating seats, lounges and other products.”

Cathay Pacific has been doing this through the aforementioned investments in its fleet, as well as some less subtle changes, including the reopening of The Pier First Class Lounge in 2015 and Business Class Lounge in 2016 with a brand-new design. The next generation of seats and inflight entertainment products will be introduced with the arrival of the A350 aircraft in early 2016.

“The airline industry is becoming more competitive by the day and the only way to prosper is to continue to offer the best to your customers at every level,” Chu said. “The Skytrax World’s Best Airline award demonstrates that we have been doing the right things, but we will not rest on our laurels.”

The scrutiny that Asian airlines have come under, of course, has been brought about in part by some highly publicized disasters. The disappearance of Malaysia Airlines Flight 370 in March 2014 is still an ongoing story a year later — not a single trace of the plane has been found. Amateur video footage and a continuing civil war in Ukraine, where Malaysia Airlines Flight 17 was inexplicably shot down, certainly contributed to questions about the airline.

And February’s tragedy of the TransAir crash was particularly shocking — still photographs and dramatic video from an automobile’s dashboard camera show the aircraft turning vertical, its wing clipping a taxi cab on a bridge, then the bridge itself, before crashing into a shallow river.

But something obviously went wrong, Leitschuh added, saying that aircraft are designed to take off, gain altitude and be able to turn around and land on one engine if need be. The last communication from the pilot of the doomed TransAsia flight was a Mayday call saying that the left engine had a flameout. Combined, the two pilots had more than 12,000 hours of flight experience.

All of this called into question the safety records of Asian airlines. But according to Time magazine, the safety difference between Asian carriers and North American airlines is infinitesimal.

Noting that the International Air Transport Association keeps a running tally of “significant” accidents around the world — “significant” being accidents that cause injuries or at least $1 million in damage — carriers based in Southeast Asia and the Pacific averaged roughly 2.7 accidents for every 1 million flights between 2009 and 2013, according to IATA, while North American carriers averaged 1.32 accidents.

That might sound significant, Time reported, until you factor in that the accidents are figured for every MILLION flights. That means Asian Pacific carriers had a .0001% higher accident rate than did the North American carriers.

In data compiled by Airline Ratings.com, the major carriers in Asia all rated highly in their respective safety records. According to AirlingRatings, the safety rating for each airline is based on a comprehensive analysis using information from IATA, the world’s aviation governing body and leading association, along with governments and crash data.

Each airline has the potential to earn seven stars. The seven-star safety assessment criteria are as follows:

The Top Asia-based Carriers for Safety
Here are the top Asia-based airlines in terms of safety, according to the data compiled by AirlineRatings.com:

Rich Thomaselli is a longtime journalist with 27 years experience in newspapers, magazines and digital media. is a nine-time individual award-winning writer and was also a staff writer at several publications that earned national recognition as well, including Advertising Age winning a ‘Best in Business’ designation from the Society of American Business Editors and Writers in 2007. He previously covered the travel sector for Ad Age, among other beats, from 2001-2013. Rich is married with two children. He will be based in New York. You can reach him at rthomaselli@travalliance.com and contact him on Twitter @RichTravelPulse. 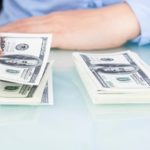 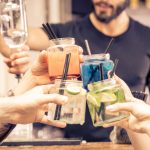